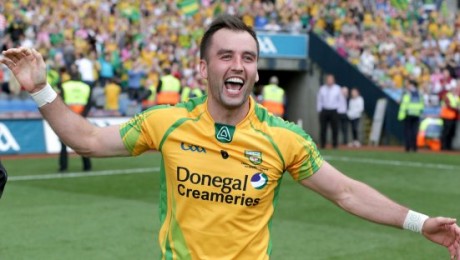 THERE are no fresh concerns over the fitness of Karl Lacey, despite the Footballer of the Year not playing for Four Masters in their League game at Ardara yesterday.

Lacey, who only returned to action last weekend after six months on the sidelines, didn’t tog for his club in Kentucky, sparking fears that he had suffered a knock in training with Donegal on Saturday.

However, the quadruple All-Star defender has not sustained a setback and came through a ‘rigorous’ training session with the county squad on Saturday.

“Karl had a cartilage operation on his hip and it isn’t advisable for him to have high intensity work outs two days in a row at this stage,” the Donegal assistant manager, Rory Gallagher, said last night.

“Karl came through a rigorous training session on Saturday. He came through it with flying colours so, obviously, we’re happy with that.

“The decision was made that he would train very hard with us on Saturday, train on his own on Monday and not play the club game.

“It was a call that was made in Karl’s best interests. We’re delighted that he came through the training session on Saturday and we’re confident that he’ll be able to play against Tyrone.

“He let the club game go and he isn’t a major concern for us.”

Gallagher said that the injury report at present was ‘really good’. Frank McGlynn and Paul Durcan both missed their clubs’ games yesterday having picked up ‘minor hamstring strains’ but both are expected back in training by the middle of the week.

Tomorrow evening, the Donegal squad head for a training camp at Johnstown House in Enfield, Co Meath. The squad will stay there until Sunday where they will ‘fine tune’ their preparations for their big joust with Tyrone in 13 days’ time.

“It’s a good chance for us to work with the squad,” Gallagher said.

“From January to April, we don’t take the Dublin players back midweek. They work away on their fitness and this is a way now of fine tuning with a bit of training every day.”