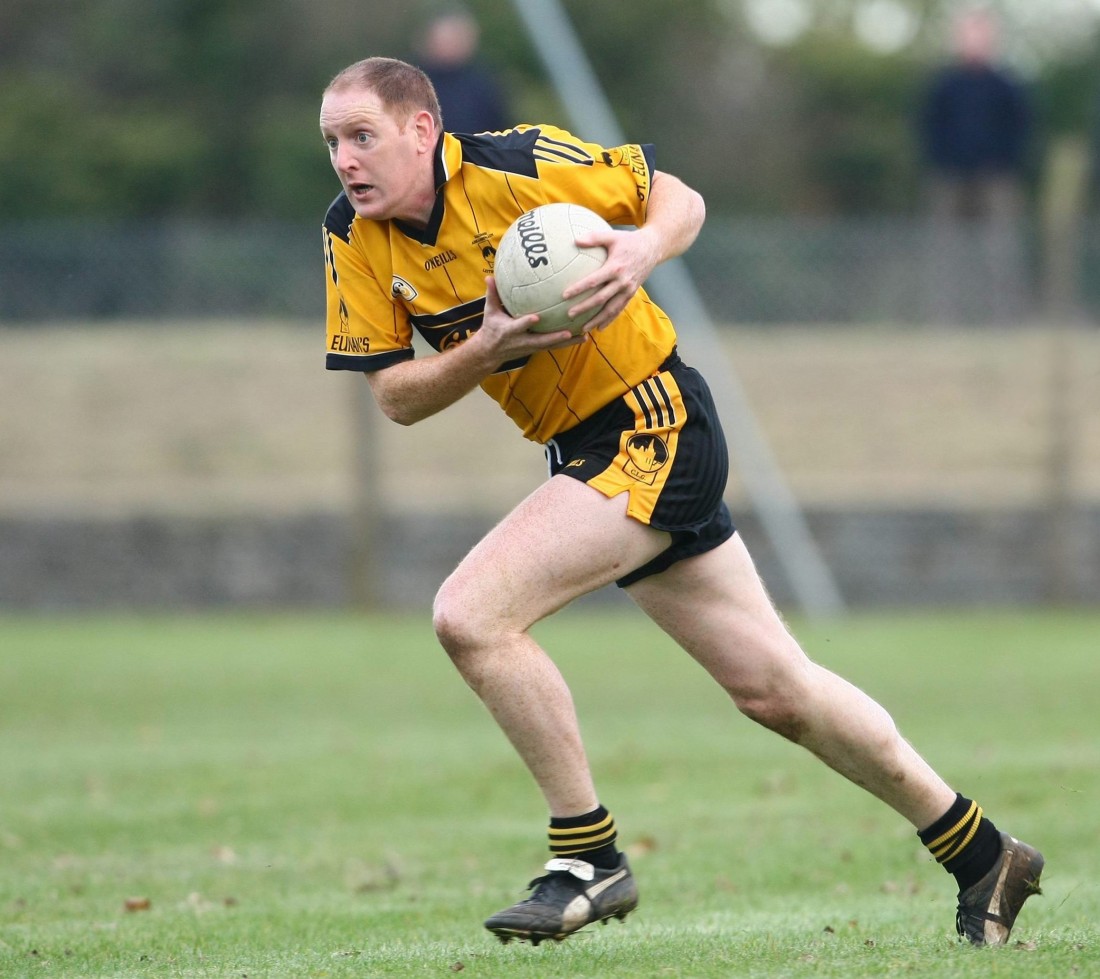 THEY thought 2012 would be his last and many had labeled it as his swan-song, but John Haran is back hungrier than ever.

It’s an age now since he burst onto the scene as a raw teenager in 1995, youth’s innocence making him oblivious that St Eunan’s longed for a quenching of a thirst that went back to 1983.

In the years since, Haran has been involved in St Eunan’s teams for eleven county finals, including 2002 when he missed the final through suspension.

He has won Dr Maguire seven times and  counts that infamous final of ’97 (won on the pitch, lost in the boardroom) among the victories.

It’s a changed landscape now. Time was, when Haran and his ilk burst through, when St Eunan’s hankered for a return of the glory years.

In his era, they’ve been the undoubted top dogs. Teams have come and teams have gone, but all the time St Eunan’s have been contesting.

2013 will be his 19th senior championship sojourn in the black and amber. You go away back to ’95 to find the first mention of him on a senior team sheet.

It was against Gaoth Dobhair in O’Donnell Park. He remembers it vividly.

Malin visit O’Donnell Park tomorrow evening (Saturday). The champions are in good shape and Haran remains as motivated as ever.

“I never said last year would be my final year; my plan always was to play as long as the body was feeling good,” he says.

“I’ll keep at it. If there is someone better than me to take my place, so be it. I have no problem with that. New players are always needed and always welcomed.

“I’m playing a lot of the football now at full-forward.

“When it’s not my day now i don’t mind it too much. I’ve been in long enough and there are good players coming. I’d try and push the young fellas as much as I can.”

Haran was a part of a St Eunan’s side that won county minor titles in 1993, ’94 and ’95. They translated that into the real currency of senior titles. Their first was soured with boardroom battles, but the breakthrough is still remembered with fondness in the Cathedral Town.

“It was mighty,” Haran says.

“It was a great time when we came through first.

“We had a few older lads like Charlie Mulgrew, Brendan Kilcoyne and Mark Crossan and ‘DV’ (Brendan Devenney) came back in 1996 from England.

“The club hadn’t won anything since 1983 and they had a barren spell. We had known nothing but winning at the minors and we were probably a bit cocky and confident.

“It was a big breakthrough for St Eunan’s.

“We just kept doing what we’be been doing with the minors.”

Back they came in some style.

In 2007, they denied Glenswilly in the final, but it was a campaign that had been ignited by an unexpected beginning.

“Overturning the 14-point deficit to Glenties was huge. There was only a six-day turnaround, but we did it,” he says of that day when they turned the tables on a Naomh Conaill side that had hammered them in the first leg.

“At the time I think that was our best ever. We were gone, like, but it acted as the start of a special time for us.

“We struggled over the line that year. Aodh Ruadh had us pinned to the wall and Glenfin had us under pressure too. Winning in 2007 got the monkey off the back.”

Termon were dispatched in 2008 and Naomh Conaill were handed a dollop of revenge in 2009. They’d done three-in-a-row and their reign as kings was complete.

Glenswilly and Naomh Conaill took the silverware until St Eunan’s came back with a vengeance last year.

“We came back hungry,” says Haran. The hard road begun with Kilcar dishing out a painful defeat. It was a day when Haran’s passion perhaps got the better of him in post-match comments, but it was notice of his intent. The defeat hurt, things weren’t right and, ultimately, had to change and did change.

St Eunan’s were the stronger for it

“Kilcar are a good side and they had us to the pin of the collar,” he says.

“Ross (Wherity) got the goal in Convoy (in a play-off) and that was the kick we needed.

“We were down to 14 men but we knew it was the last chance saloon we were in.

“The pressure was on us and the backs were to the wall, but we stuck at it.”

Married to Nicola, the birth of their fist child, Ollie, has given him a new lease.

A schoolteacher in St Bernadette’s, John Haran has been the one constant for St Eunan’s in the modern era.

He’s now the club’s vice-chairman, too,

“The club means a lot to me,” he says with a passion that clearly runs deep.

“The family is steeped in GAA and it’s great to be involved.

“The club means everything, really. Club players get a raw deal sometimes. The club is the backbone of the GAA and it’s hateful to see clubs in Division 1 going so long without games at the height of the summertime.”

It’s a conversation you could press much deeper, one that he’s had plenty of times, but for John Haran championship calls again.

Lee McMonagle, Conor Gibbons, Conor Parke and Daragh Mulgrew are the emerging names at O’Donnell Park, but that imposing presence of Haran at the edge of the square remains as important as ever.

And St Eunan’s are keen to serve notice of their intent for 2013.

“Things are going well,” he says.

“Pat McNabb is in as trainer now alongside Eamon O’Boyle and it’s good to have a new voice.

“We won it last year so we don’t need to change too much there. You just need to have the hunger to do it again.

“The squad seems to have it.”

There could hardly be a better judge.