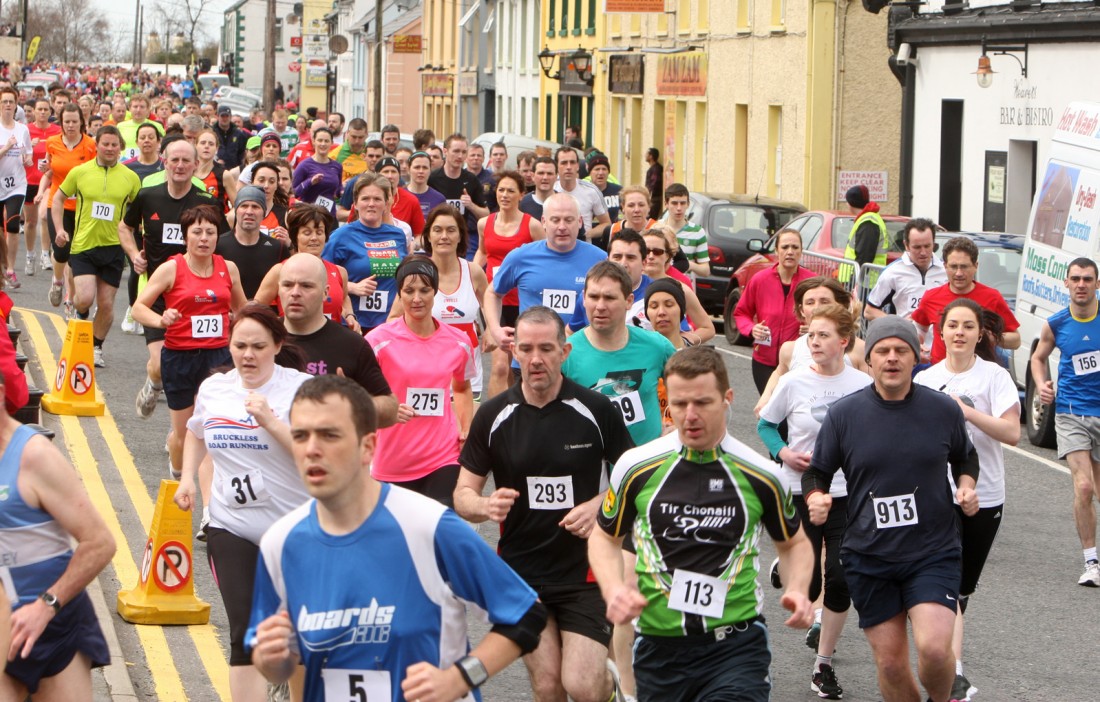 I woke up sore and tired yesterday morning yet I couldn’t stop smiling. It was a feeling I thought I had consigned to the history bin many years earlier.

The hamstrings were tight, knees sore and it took me a few seconds before I was able to walk without a pronounced limp.

My mind flashed back thirty years and I was thrown back into a time when pre-season training with Finn Harps – pushing the body to the limit in the pursuit of fitness – was the norm.

Suddenly I could empathise with the Donegal senior footballers who are currently in the middle of a heavy training schedule ahead of the Ulster quarter-final meeting with Tyrone on May 26.

Less than twenty four hours earlier I had taken part in the Ardarathon, a charity 10k fun run/walk in Ardara, with all proceeds going to Our Lady’s Children’s Hospital and Ardara Sheltered Housing.

Organised by Michael Maguire, the event was established last year in memory of his 16-year-old sister Martina who lost her brave battle with leukemia in January 2012.

Last April more than 1,000 people gathered in memory of Martina to take part in the inaugural Ardarathon. A sore knee meant that I took on the role of spectator.

Fast forward twelve months and, while the knee was still sore, I decided to adopt the old adage “no excuses accepted” and took to the start line.

Adrenalin took me round the first 3k loop with apparent ease before we were directed up Hillhead or ‘Heartbreak Hill’ as I now know it. With further hills to be negotiated between there and the turn-off for Gortnacart school 2k out the main Glenties road I was well ‘goosed’ by the half-way point and there followed a tough run back into Ardara.

Within seconds of crossing the finishing line though the hurt and pain which had been etched across my face for much of the race had been replaced by a silly grin. Within a hour a message delivered to my mobile phone read ‘Ardara 10K Harry Walsh was in place 86 in a time of 00:50:01’

For a fleeting moment I was disappointed at not dipping under the 50 minute mark – the competitive element remains – but that soon disappeared on learning that there were almost 800 people behind me.

Next up, hopefully, for me is the North West 10K on Sunday week when I’ll be looking to dip under the 50 minute barrier while I’m already looking forward to the 2014 Ardarathon. The buzz is back. Still not sure about the knees though!