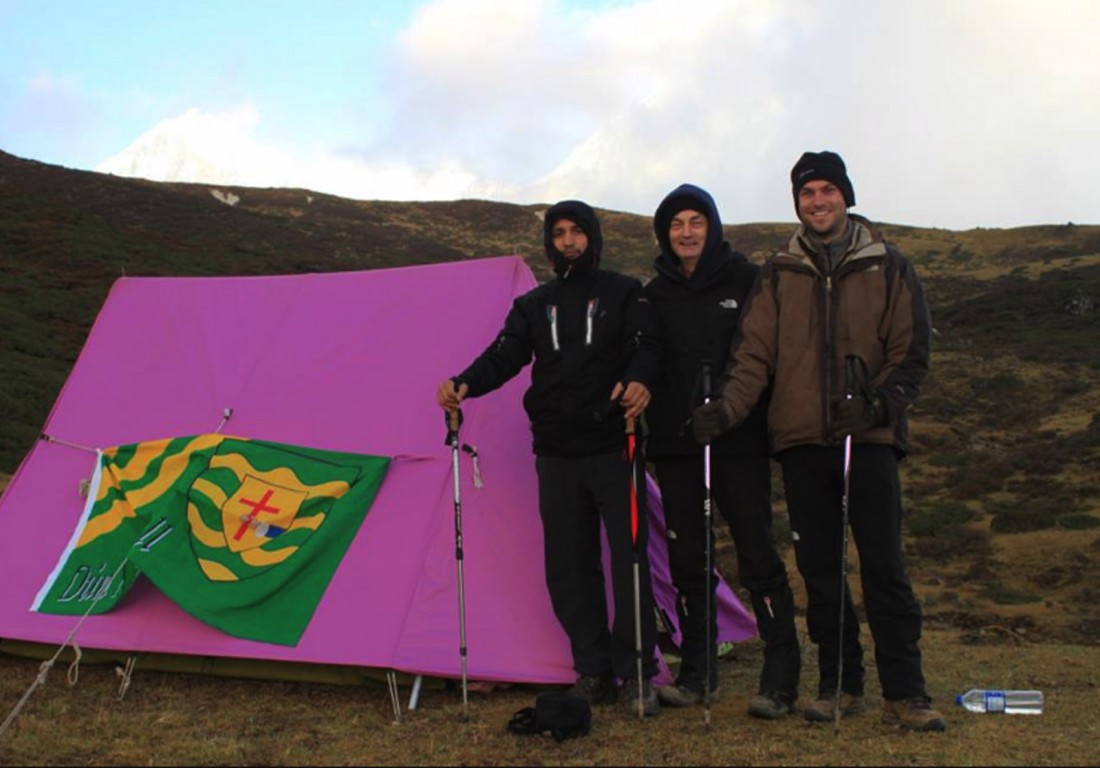 BY SEÁN P. FEENY
A WEST Donegal-based genuine Indian mountain guide is taking a group a trekking enthusiasts to the Himalayas for the adventure of a life-time later this year.

Mohan Nepal, an adopted son of Crolly, has already signed up six people from Donegal to join him on a 15-day trek and tour of the Himalayas from October 5 to 21 and is inviting anyone who would like to go with them to contact him.

You will travel to Sikkim in India from where you will see incredible views of the world’s third highest mountain, Kanchenjunga, along with many others; visit ancient monasteries and experience authentic Himalayan life, cuisine and culture and much more.

Trek Himalayas was founded in 2005 by trekking guide Mohan, originally from Sikkim, India. Mohan has over 16 years experience in the trekking and touring industry, having worked his way up from portering in the Nepalese Himalayas at the age of 14.

He has led thousands of treks and climbs across the Nepalese, Sikkimese and Ladakh Himalayas.

In 2008 Mohan was leading an Everest Base Camp trek when he met his future wife Carol (nee Wilson), from Meenaleck, Crolly, who was participating in a sponsored trek for the Hope Foundation.

After years of living between India and Ireland, the pair finally settled in Meenaleck in April 2011, from where they continue to run Trek Himalayas, as well as an Ayurvedic Therapy business – Ganesh Healing and the Wilson family business, Sleepy Hollows camping site.

Mohan travels back to the Himalayas every October (an ideal trekking time) and last year took father and son, Seán and Aidan McGinley from Braade, with him for a trek adventure of a life-time and so the Himalayan adventures were born.

Recalling his adventure, Aidan said: “We travelled to the town of Yuksom from where we left for Kanchenjunga (8,586m), the third highest mountain in the world. We climbed for seven hours a day for two days to reach base camp at 4,400m.

“The trek was really, really tough, but once we finally got to base camp, you felt a real sense of achievement. We had to cut it to three nights though because we were all suffering from altitude sickness and this can be quite dangerous.

“When you consider the harsh environment you have to go through, it is very bonding, life is very fragile in a place like base camp, so it does bring you closer.

A real highlight during this trip for the Donegal men was seeing Mohan’s village, meeting and staying with his family and witnessing the natural beauty, forests and mountains.

So whether it is for raising funds for charity, a personal challenge or just for the adventure, which not check out the website www.thetrekhimalayas.com and contact Mohan Nepal if you are interested in joining the Donegal group this October.