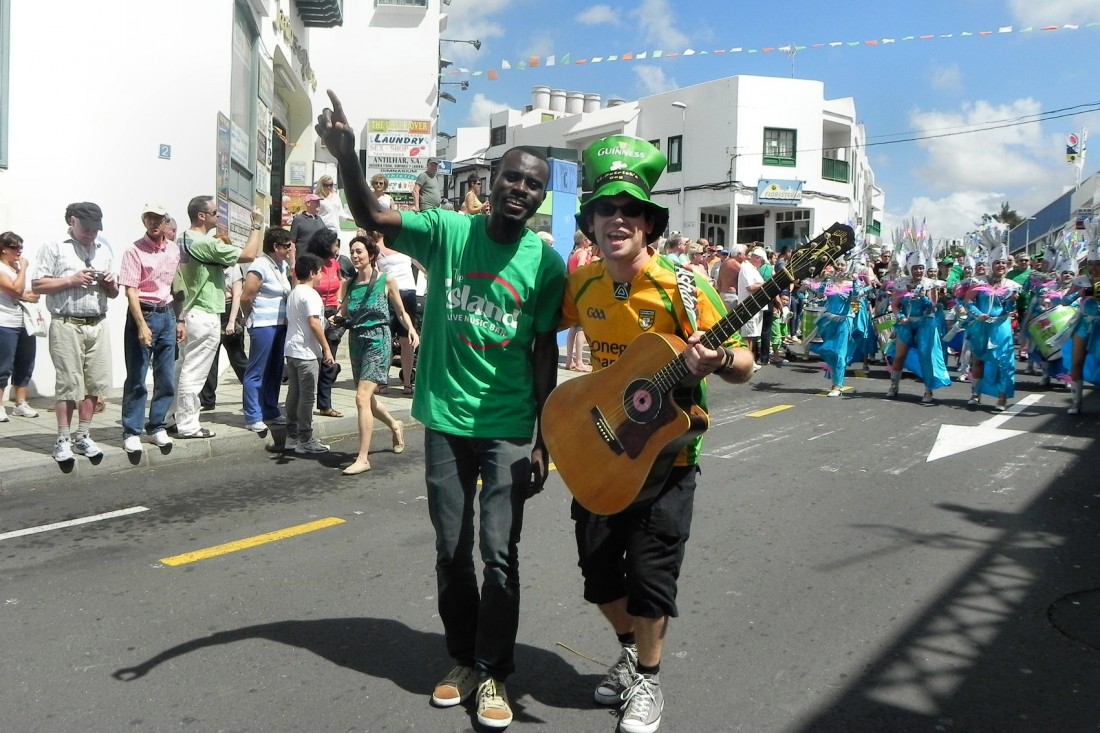 Jimmy and Rory reunite for the St Patrick’s Day Parade on the island of Lanzarote.

BY SEÁN P. FEENY
WHILE several floats around the county were inspired by Rory Gallagher’s song Jimmy’s Winning Matches and the All-Ireland campaign, the stars of the video that inspired the county reunited for the St Patrick’s Day parade on the Spanish island of Lanzarote.

Rory Gallagher and his friend Jimmy from Senegal got back together for special ‘performance’ during the parade in 30-degree heat in Puerto del Carmen on Sunday.

The popular Kilcar man and Jimmy entertained the crowds during the parade, but Rory’s wife Cara, who was watching the parade from the balcony of couple’s new bar, The Island Bar, in the old town of Puerto del Carmen, wasn’t quite impressed with their dancing.

“Cara was watching the parade from the balcony of the bar and said Jimmy and myself need to practice our ceili dancing a bit more,” he laughed.

“It was 30 degrees and we were followed by a samba band during the parade. They hadn’t a patch on the Kilcar pipe band though!”

Rory and Jimmy were subsequently invited to perform at the parade’s finale in the harbour where 5,000 people cheered them on as they performed four songs.

“It was shown on Canarian TV and afterwards we served home-made Irish stew in our bar, it went down a treat and overall it was a fantastic first St Patrick’s Day for us,” said Rory.