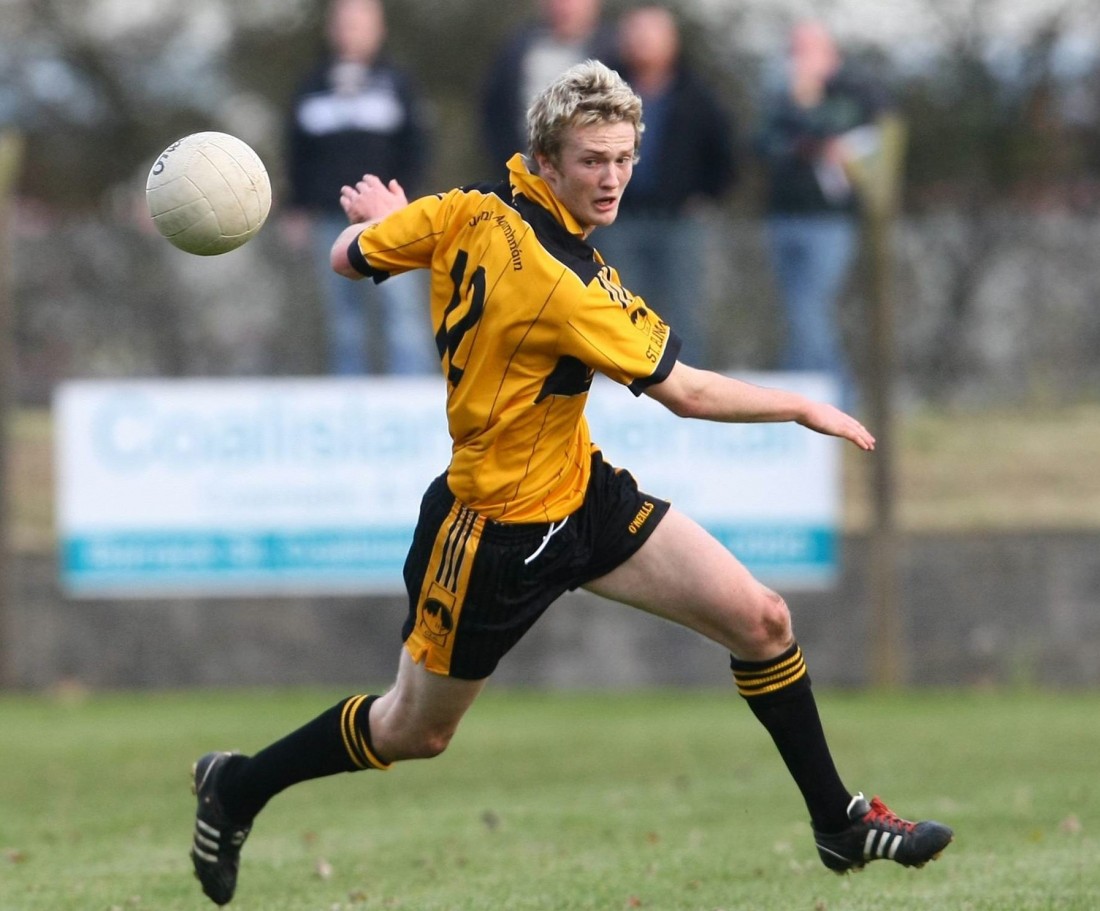 By Chris McNulty at O’Donnell Park

THERE will be tougher days ahead, but the 2012 double winners, St Eunan’s, served notice that they remain the top dogs and the team to beat as they cantered to a 16-point win over Kilcar on Good Friday.

Without the scores of Patrick McBrearty Kilcar had between little and nothing when it came to a potent scoring threat as their attacking deficiencies were outlined in a second half that saw them score just once – with just one of their six points coming from play.

McBrearty and Eoin McHugh were absent from the matchday squad with neither risking minor injuries ahead of Wednesday’s Ulster Under 21 semi-final against Derry.

Their absences were notable on an evening that saw St Eunan’s have nine different scorers, with an impressive 3-8 of their tally coming from play, but this was still a head-scratching performance by Kilcar, whose collapse will be a source of concern for their new manager, John McNulty.

This was a performance that was in stark contrast to their last visit here – when they turned the tables and forced a play-off in the Championship last autumn. Ross Wherity won the play-off or St Eunan’s in Convoy – and he was on the double here with a goal in either half.

The signs were promising for a while as Kilcar were level by the midway juncture of the first half, three Mark McHugh points and one from Michael Hegarty keeping them in check.

Lee McMonagle, scorer of a memorable goal in the 2012 Senior Championship final, put St Eunan’s ahead after just 45 seconds, but would withdraw prematurely from the action, his game ending with only seven minutes played when an ankle injury forced him off. Having just got back from a hip injury, McMonagle will now be sidelined for a few weeks with a fractured right ankle.

A brace from Mark McHugh, one from free and one from play, put Kilcar ahead but St Eunan’s struck a goal in the 12th minute. It was a goal that is likely to have earned a dressing down for the rearguard once James Carr’s recording of the game is viewed.

John Haran beat Eamon McGinley to a high ball, but his initial effort was blocked by a Kilcar defender. A first-time pot-shot by Sean McVeigh careered off the crossbar, but Ross Wherity slid in to apply the finishing touch.

In the space of a minute, St Eunan’s moved six clear. It was in the 23rd minute when Rory Kavanagh gave McGinley no chance when he clinically fired to the far corner, his effort sticking between stansion and net such was its ferocity.

Wherity’s spring has been a positive one, as he has played in every Donegal game so far in 2013. In winning penalties against Tyrone and Kerry, he outlined what he can bring to the inter-county party.

Not sixty seconds after Kavanagh netted, Wherity climbed high to get hands on McVeigh’s ball in. Wherity was pulled down and the referee, Shaun McLaughlin, was quick to award a penalty that was tucked right in the corner to McGinley’s right by Conor Gibbons to put the Letterkenny side 3-1 to 0-4 ahead.

Mark McHugh’s frees and a beauty from distance by Michael Hegarty had kept Kilcar close before the goals. McHugh and Conall Dunne traded scores in the final minute of the half, with St Eunan’s six up as they left at the interval (3-2 to 0-5).

John Paul Clarke kept his sheet clean when he saved from Barry Doherty early in the second half, but Kilcar’s struggles meant that Clarke remained a peripheral figure.

At the other end, St Eunan’s march was both effortless and relentless. Kavangh, Ciaran Greene and Dunne pointed to stretch the lead out to nine.

Then, Wherity seized possession after McGinley came to punch away a high ball and fired home goal number four in the 41st minute. By the end, Gibbons, Kavanagh, Sean McVeigh, Eamon Doherty and Kevin Rafferty chalked over points as the black and amber produced an early head-turning display and result.