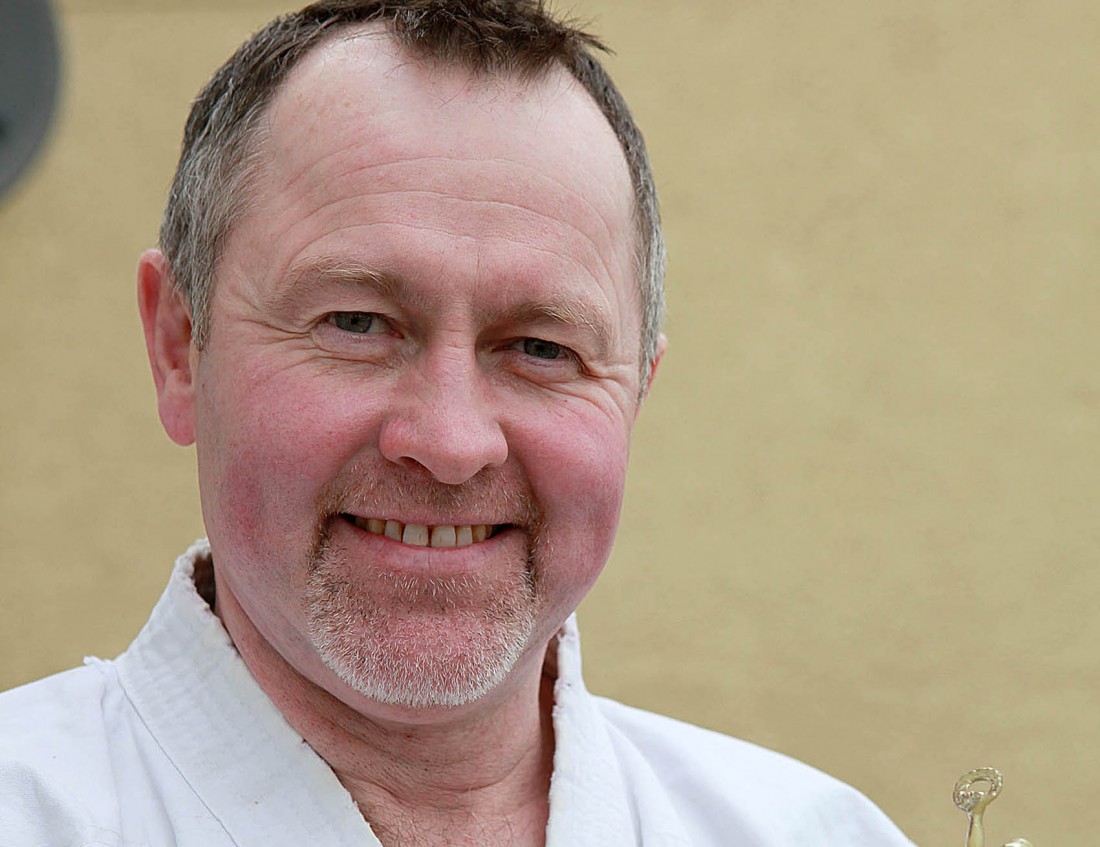 Last Saturday well-known Letterkenny native John Wilkie was surrounded by his young students and presented with a beautiful cake to mark his anniversary.

A 6th Dan Black Belt, John started to train in the arte of Shotokan Karate in 1978 when he decided has a young school student that he wanted to be able to stand up for himself.

While his brother Lawrence bought The New Encyclopaedia of Modern Bodybuilding: The Bible of Bodybuilding to set him on his path of becoming a successful bodybuilder in the 1980s, John bought his very first Karate Gi (the name of the white suit worn).

“I actually went to my first class with Jimmy Gillen with out the Gi and when I tried the splits, the bottoms tore, so I said to myself I better get the suit,” he laughed.

And so John went to the late Billy Doherty’s sports shop on the Port Road, bought a Gi and that was the beginning of his journey into learning the art of Karate.

By March 1979 John was travelling to Dublin with the Regional Technical College (Letterkenny) Karate Club for his very first grading, the first of many.

“Karate was increasingly growing in popularity in Donegal, and so was Jiu-Jitsu which was being taught by the Dalys of Barnhill. A lot of it was down to the movies of that time.”

John still has a trophy from his very early days with the club when he came second in an in-house competition and despite having competed at much higher level in years to come, this small memento he treasures the most.

In 1981 the newly-named Letterkenny Shotokan Karate Club moved into the newly-built Letterkenny Community Centre on Pearse Road where it would remain for 25 years.

By this stage John had become one of the instructors alongside Brian Murray and Franz Coyle and together they would take club members to great heights.

John and the other Letterkenny club members spent a lot of time travelling to seminars around the country and the UK to learn from and train with the best.

He said: “it;s a natural progression, we wanted to improve ourselves and, as members of the Karate Union Of Great Britain, we would travel to places like Crystal Palace (1984) to train with visiting Japanese instructors.”

John admitted he was never a big fan of grading, ‘as there was so much to learn and remember’, and even though he was once told he ‘wasn’t good enough’ stuck at it and would eventually compete on the world stage.

For John Karate was also a family affair as his sisters Anna and Noleen, and borther Lawrence, PJ and Seamie all trained in the art.

“Although I did compete, I was always more into the coaching and organising part of the club and bringing students to a top level for competition and I also became Regional Officer for the Karate Union Of Ireland, organsing international championships.

“During the 1980s and 1990s our club grew to become one of the biggest clubs in the country with over 100 members,” said John.
In 1994 members of the Letterkenny Shotokan Karate Club travelled to Spala in Poland to compete at the European Karate Championships.

One of John’s proudest moments in the his and the club’s history happened here when they witnessed Paul Brown from Lifford win a bronze medal.

The following year John, at this stage a 2nd Dan black belt, was on the Irish team to compete at the World Karate Championships in Sunderland where he was one of the few Irish competitors to win his fight in the team competition against Great Britain.

Another proud moment for John came in 1996 when the Letterkenny club hosted an international competition with a team of 30 from Minnesota the USA visiting, who were also given a civic reception by Letterkenny Town Council and its Chairman, Cllr Tadhg Culbert.

In 35 years there have been many more great moments for John and the club, of course, including the visiting masters, Andy Sherry, Frank Brennan and the renowned Terry O’Neill (personal friend of Arnold Schwarzenegger).

John said: “I stumbled into Karate by accident and didn’t think much of it at the start, but said to myself ‘this is something I can do’.

“I was close to throwing in the towel a couple of times, but I am glad I didn’t. We have always made sure that our students have a lot of fun learning the art, keeping fit and learning self-defence and it’s great to have seen so many students come through the club.” 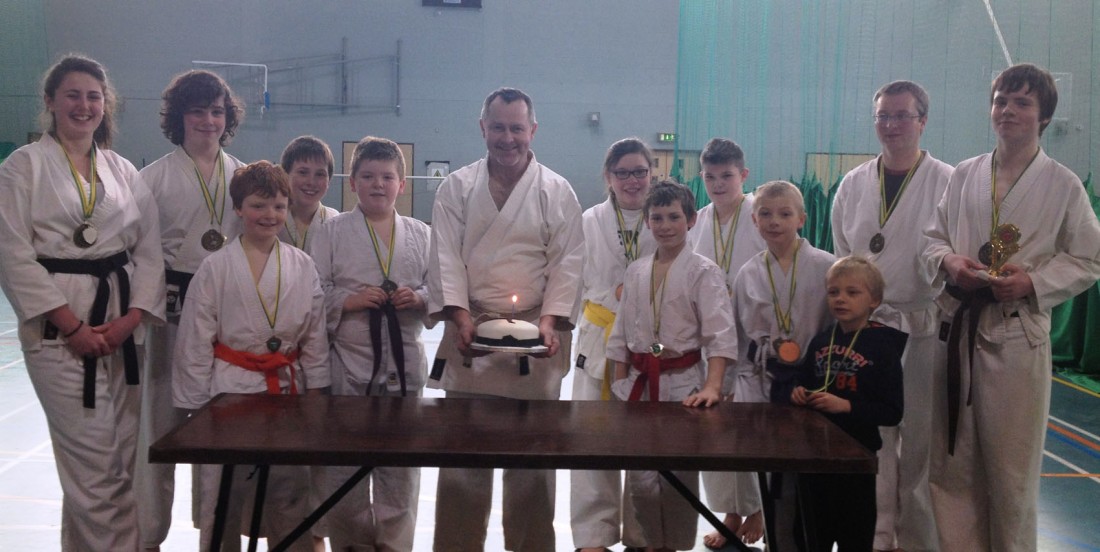