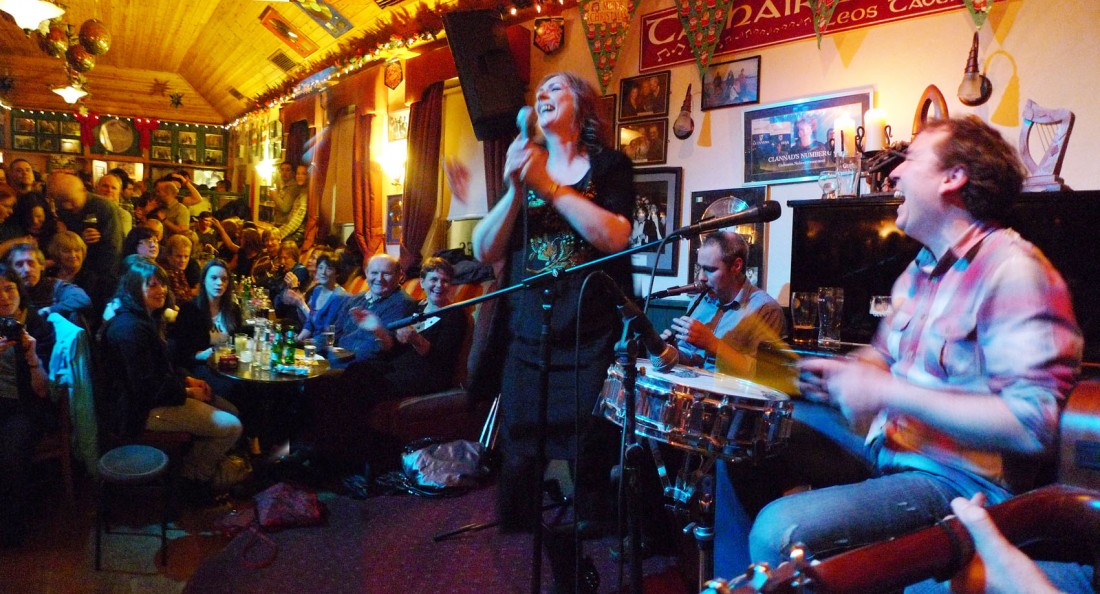 Moya Brennan on stage at Leo’s Tavern, Meenaleck, with Blunderbrau.

BY SEÁN P. FEENY
THIS weekend one of the county’s most famous stars will launch a new monthly event to promote emerging talent.

Whether it’s with Clannad or as a solo artist, Moya Brennan is known throughout the world having now been touring for over four decades.

But Moya always finds time to visit her native parish of Gaoth Dobhair on a regular basis, and can be regularly seen taking to the stage in her father’s pub Leo’s Tavern in Meenaleck.

Many a unique collaboration and some unforttable nights of entertainment have taken place with Moya leading the talent on stage in the famous pub.

Now the popular singer wants to help emerging and enthusiastic singers, songwriters, musicians and bands by giving them a new platform to perform on.

Moya’s CluBeo will be a new regular night at the renowned pub where young people can get together to expose talent and creativity.

The regular event will meeting place to showcase new songs and music – a reflection of the rich cultural diversity in the area – that currently doesn’t exist.

“I think it was one night during Christmas 2011 that I witnessed all this young talent getting up and performing songs and was totally taken aback. I spoke to Dónall (Mac Ruairí) about it and we set the wheels in motion to set up an regular outlet for them.

“I grew up listening to great singers at Leo’s myself and that’s where we learned a lot of songs.

“This will be a chance for young and old musicians to play and perform with each other and try out different things.

“This is all still very new so we are looking forward to getting it up and running and see what we can develop CluBeo into,” she said.

Moya hopes that CluBeo can develop into night similar to those renowned nights in Dublin that spawned artists like Glen Hansard, Damien Rice, Mundy and many more, but emphasised that this is not just a night for singer/songwriters – everyone is welcome to take to the stage.

“We would love to see people come from all over, not just the West, who are looking for a new stage to perform their material,” she said.

Moya will launch the series and host CluBeo herself as much as possible, with the assistance of well-known local musicians Dónall Mac Ruairí and Ian Smith in absence.

Leo’s Tavern has a local, national and international reputation as an entertainment venue with a wide range of music and song and an ongoing experience of hosting well-produced concerts with first class sound production, promotion and staff support.

It is hoped that the regular event can be developed to include some very special guest appearances at CluBeo in the near future.
Call into to CluBeo at Leo’s Tavern, Meenaleck, this Sunday, at 9pm.

See this Monday’s Donegal News for more on CluBeo and the latest from Moya Brennan and Clannad. 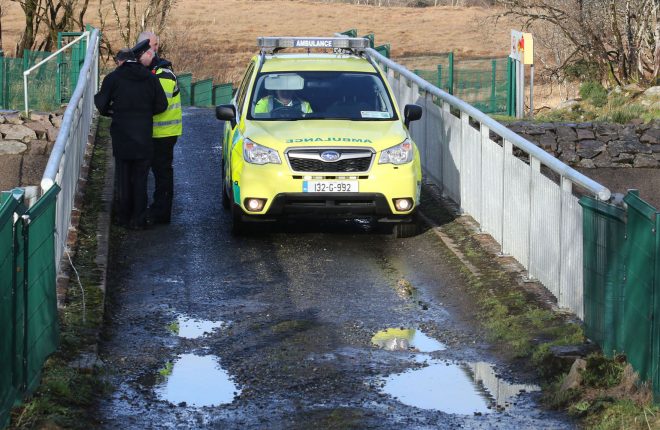 Man who drown in Gaoth Dobhair is named

The Health and Safety Authority have said an investigation into the tragic incident is underway.