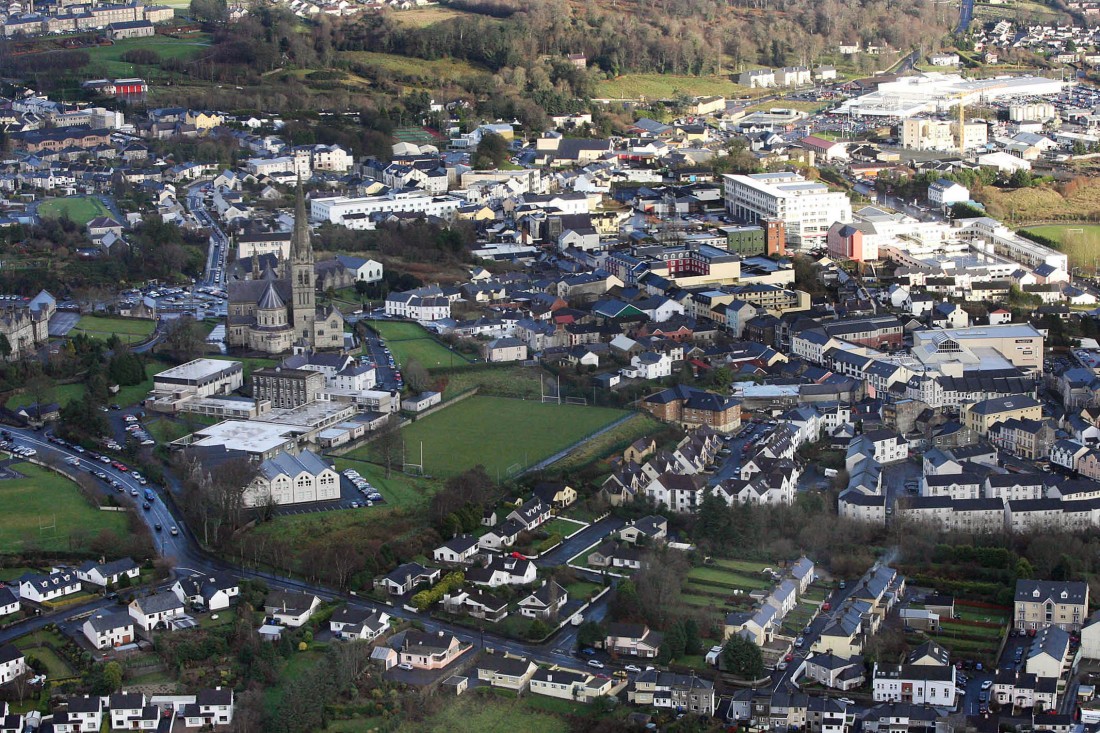 IT WAS in 2009 at the Donegal County Convention that the current boundaries issue was put forward for consideration.

It is not a new debate, of course. The rows had simmered until the pot frothed overboard that day in Dorrian’s Hotel in Ballyshannon.

“If we don’t get this problem sorted Letterkenny Gaels will not be in existence for much longer and we must create an environment in which clubs like us can work,” was the pointed remark of the Letterkenny Gaels delegate that afternoon in Ballyshannon.

Over three years later and the Disputes Resolution Authority (DRA), the GAA’s ultimate arbitrary body, has finally delivered its ruling on a topic that has divided a town, which remains united for the purposes of Gaelic Games.

The crux of the debate, which has run over many hours at many meetings that have spilled onto many pages and been debated over an equally substantial amount of phone calls, centres on that original proposal which basically called for the catchment area of the Letterkenny Gaels club to be the Parish of Aughaninshin.

The St Eunan’s club has stoutly defended its position from the outset, claiming that there had been an agreement in place between the clubs that stated that there would not be a Gaelic Games partition in the Cathedral Town. They insisted that this had been in place since the founding days of the Letterkenny Gaels club in 1996.

At the third sitting of that 2009 Convention, a motion calling for the adoption of the parish rule into the county byelaws was deemed out of order. However, the Ulster Hearings Committee upheld the appeal of the clubs and so it was back at Donegal level again.

The row rumbled on and it was adjudicated upon at a contentious meeting of the Donegal county committee in November 2011.

Then, club delegates, after another long hearing on the divisive issue, voted narrowly – 40-36 – against St Eunan’s suggestion that an agreement was in place between the two clubs.

A strongly-worded St Eunan’s statement at that time said: “We wish to reassure our members that no designated boundaries are in place in the Letterkenny area as result of Monday night’s decision. St. Eunan’s Club is now appealing the failure of County Committee to recognise the existing agreement between ourselves and Letterkenny Gaels to the relevant Ulster Hearings Committee.”

The November 2011 meeting is the focus point now for much of the findings. It was on that night that it was claimed that the vote against the St Eunan’s insistence on the agreement had effectively handed Letterkenny Gaels occupancy of the Aughaninshin Parish.

This week, the DRA outlined that the Ulster Hearings Committee had “contended that there had been an agreement on boundaries in April 1996, the effect of that decision being that there would be no boundaries demarking separate club catchment areas within the Letterkenny area.”

To set that decision aside, the Letterkenny Gaels should have required a two-thirds majority (55) on that November night in Ballybofey as opposed to the simple majority that ruled in their favour.

The row heated more intently when, in January 2012, Letterkenny Gaels sought to have the minutes of the November meeting amended to read ‘the county committee confirmed that the Parish of Aughaninshin be the catchment area of the Letterkenny Gaels Club’.

On the night this was defeated.

“It was a vote simply to determine whether an agreement was in place or not. It was never put to the floor that boundaries be imposed or a catchment area given to a club,” the county secretary, Aodh Mairtín Ó Fearraigh told that night’s meeting.

The Gaels had explored the option of appealing to the Central Appeals Committee, but in a letter from Stephen Browne the CAC said that it ‘did not have jurisdiction to accept or hear an appeal’ – leaving the DRA as their only avenue.

The reams of documentation has been with the DRA for some time now and this week the three-man Tribunal, led by Aaron Shearer B.L and including John Hyland and the former Armagh footballer and media pundit Jarlath Burns delivered its findings.

The Tribunal found that Letterkenny Gaels had not ‘made out a case as would warrant the setting aside’ of the decision made by the Ulster Hearings Committee when it ruled in St Eunan’s favour in November 2011.

Further, the DRA said that there was evidence and information before UHC ‘such as entitled it to come to the decision it made…and in those circumstances the Tribunal does not feel it can look behind that decision’.

While the DRA said that the Co Committee vote was NOT to confirm the Parish of Aughaninshin as the catchement area for Letterkenny Gaels, it did say that: “The impact and effect of that vote does not appear to have been properly considered (by the Donegal Co Committee) and it is not for this Tribunal to speculate what the impact and effect of that vote was or might be.

This could well give rise to a re-opening of the matter at Co Committee level, but that is something that the Gaels would do well to consider long and hard now, given that the DRA is seen as the ‘ultimate arbitrary body’ of the GAA – and since they would now need a significant swing from a simple to a two-thirds majority from club delegates.

For now, Letterkenny will remain an open market for players. Towns of a similar size, like Mullingar, Lurgan, Armagh, Tralee, Carlow, Longford and Dundalk have all two or more clubs with no boundaries.

With no imaginary ‘Berlin Wall’, the clubs are free to select players from anywhere within the town’s catchment. The Gaels have been on the rise in recent years at underage level, with Minor and U21 titles won and their hope now that they can transfer that success to senior level.

Their signs are promising and their aims and hopes now must be to climb the ladder and ensure that Letterkenny has two flourishing clubs before too long. The remark of their delegate at the 2009 Convention that the club wouldn’t survive had not come to pass; if anything the club has gone to a new level since and for that they are to be applauded.

The hot potato of boundaries or otherwise has brought with it some unnecessary victims.

Last March, Jamie Doherty, found himself caught in the crossfire when he applied for a transfer from Letterkenny Gaels to St Eunan’s. He has been in limbo since, but this week’s decision could see a fresh transfer application made to the CCC.

That he has been left in the dark has been an unfortunate side effect of the tension that had filled the air in Letterkenny.

The GAA at large must hope that this issue has been put to bed and that, for its greater good, the clubs will now be able to foster, develop and grow without the shadow of such legalities cast upon them.

The reality, in the short term at least, could be a very different scenario, with the Gaels to take time over Easter to reflect and ‘consider if there is any other action that we can take’.

agenda and the club have declined to discuss the matter, other than to outline their disappointment with the ruling.

“The club is disappointed with the decision,” the club spokesman said.

“We agreed at our meeting that we must take time to reflect on the decision now before we can make any other comment or consider if there is any other action that we can take.”

THE St Eunan’s club issued a short statement on Wednesday morning welcoming the DRA ruling in which they said they hoped ‘this matter can now be put behind us’. 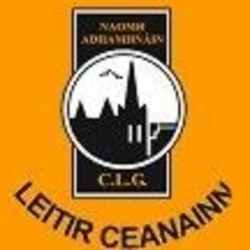 “We hope that this matter can now be put behind us and we look forward to working with all GAA people in our shared catchment area to advance the aims of the Association.”

AT THE February meeting of the Donegal County Committee, the Naomh Ultan delegate Terence McGinley made the staggering announcement that ‘up to 25 players’ from his club’s jurisdiction had been registered with ‘other clubs’.

“We are only a small club and we are playing with amalgamations along with Killybegs at various age groups due to lack of numbers,” he blasted.

“There are still, children living in our area are playing with other clubs.”

Mr McGinley said that it was an issue he had raised since January 2012 without a solution.

What it did was outline the starkness of boundary issues in other parts of the county.

While the Letterkenny issue has been the big bone of contention there are disputes elsewhere that are no less in their severity. At most meetings of the county committee in the last year, the Naomh Mhuire delegate Cormac McGarvey has called for answers in relation to his club’s wrangle with neighbouring Dungloe.

The co chairman, Sean Dunnion, said at the last sitting that there would be correspondence going out to the two clubs and a sub committee would be appointed to liaise with the clubs.

These are not the only places where it has become an issue, though.

Burt-Buncrana has been the cause of concern for the former club too while there have been instances in the Glenfin-MacCumhaills area of disputes arising with underage players too.

Tuesday’s outcome of the DRA case could serve to hasten the will of these clubs to iron out the issues themselves to avoid the legal route.