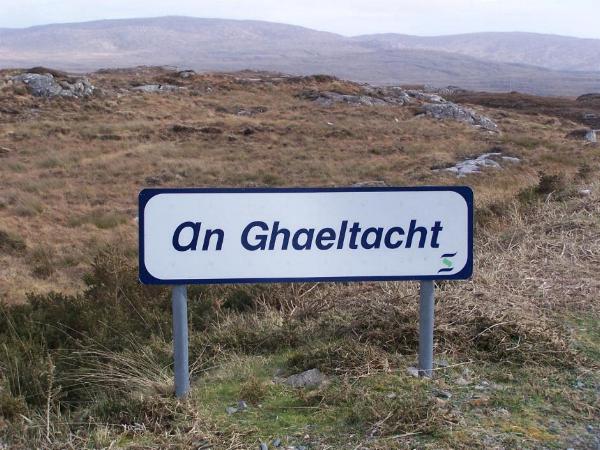 Teachers in the Gaeltacht, islands and gaelscoileanna are facing cuts on several fronts.

SPECIAL REPORT BY SEÁN P. FEENY
CUTS on teachers’ allowances being considered at the Croke Park 2 negotiations could have a detrimental effect on staff currently working at island, Gaeltacht schools and Gaelscoileanna.

A group of staff members from schools around the county have joined forces to highlight their fears with the support of boards of management and Donegal VEC.

The four allowances that are currently under review are: secretary to the board of management (which will affect all principals around the country), island (Arranmore and Tory school under the auspices of Donegal VEC), Gaeltacht (those schools based in Irish-speaking areas) and Teaching through the medium of Irish (schools elsewhere teaching through Irish).

Whereas some schools may only be affected by one possible cut, the staff and principal of Gairmscoil Mhic Diarmada Árainn Mhór could lose two and three allowances.

Mary Doherty, principal of the island school, said the greatest fear was the effect the cutbacks under review could have on employing staff.

“We are a remote school, it can be costly to travel to and from school and living on the island can be a more challenging experience than living on the mainland.

“The allowances were great attraction to the job and made up for other aspects, but if those go we will find it hard to attract teachers to jobs on Arranmore.

“If current staff put in transfer request with the VEC we will have a lot of trouble replacing them,” Ms Doherty said.

In addition to the location and travelling aspects, Ms Doherty said the workload of a someone teaching through the medium of Irish was ‘double, if not treble’.

She said: “Educational resources such as books are still not comparable to English language literature and teachers have to put in a lot more work to translate their work, putting together material or PowerPoint presentations for their students.”

The cuts would also have an impact on the professional development of teachers, Ms Doherty said.

“We currently have an English teacher who is going to night classes in Letterkenny to train as a maths teacher, this is costing her €50 a week. If her allowances are cut, she would have to pay for this out of her own pocket.”

Ms Doherty said she and her staff have the full support from their board of management and the Donegal VEC in their campaign to have these cuts prevented.

Sally Nic Eachmharcaigh, is a teacher at Gairmscoil Mhic Diarmada Árainn Mhór, but she is one of two teachers living in Gaoth Dobhair and therefore could lose two allowances.

She said: “Lots of school staff will lose one allowance, such as Coláiste Ailigh in Letterkenny (teaching through the medium of Irish), while we are going to lose two of these allowances if the cuts are implemented, island and Gaeltacht.

“In our example the two allowances amount to €5,000, but that is before tax. We only get sixty per cent of that. Our expenses to get the Arranmore ferry alone are €1,042 a year.

“People may say other teachers have petrol expenses, but so do we. There are two of us living in Gaoth Dobhair and we travel 64km a day to and from school.”

The staff of the Arranmore school have also joined forces with representatives of schools that could be affected from around the county.

On Monday a delegation made up of four staff from Gairmscoil Mhic Diarmada, one each from Coláiste Ailigh (Letterkenny) and Coláiste Chineál Eoghain (Buncrana) and Scoil Chonaill (Bunbeg), met with Minister of State for Gaeltacht Affairs, Dinny McGinley TD.

Ms Doherty said Minister McGinley told the group that he could not comment on the matter, but would raise the issue with his colleagues and get back to them within a fortnight. “His response was that everything was in one melting pot.”

The group also had a meeting with Pearse Doherty TD on March 15 and the Sinn Féin deputy subsequently raised the issue in the Dáil, but was told the government was not in a position to divulge any information on the issue currently under review in Croke Park 2.