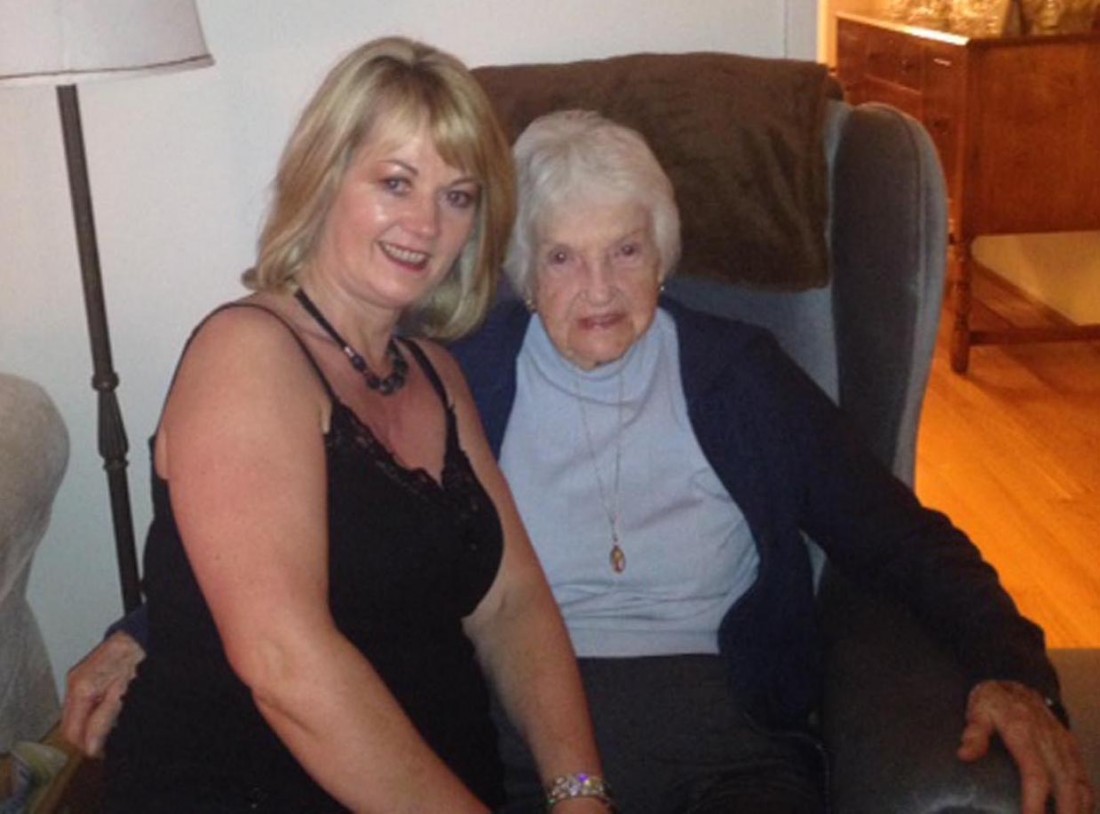 BY SEÁN P. FEENY
WHILE thousands of ex-pats are expected to visit these shores this year, a Dunlewey woman recently decided to bring The Gathering to a relative on the west coast of the United States.

“I first met Annie in 1986 when I lived in Los Angeles. A relative of mine from Annagry passed her number on to me after I had left home and said she was a first cousin of my granny.

“I moved home in 1988, but I have always maintained close contact with Annie as she’s such an amazing lady. I also visited her three years ago. She said she will not be travelling to Ireland anymore so I organised that I would go and spend a week with her during my mid-term break.

During the week long trip she went shopping with Annie almost every day. “She’s still a very capable lady at 94,” said Sally.

When Annie was 14 years of age she lost both her mother Síle Pheadar Bhig and sister Sarah (21) to TB and moved to Glasgow to live with her older sister Madgie (Diver) and her family in 1933.

While living in Glasgow Annie met her husband, Falcarragh native Eddie Doohan, but only a year and seven months into wedded life, Eddie tragically lost his life when he was hit by a crane bucket on a building site.

Annie would stay in Glasgow for some years, but then moved to New York in 1947. Her remaining sibling Bridget still lives in Glasgow.
It was while she was living there that a priest from County Down, who used to stay in the Devenney household in Rann na Feirste while learning Irish, offered Annie a job in Los Angeles.

And so she left for the West Coast in 1950 with her future husband, the late Clonmany native Barney Doherty, and has stayed there ever since. She has regularly welcomed family to her home visiting her from West Donegal and Dublin.

Annie and Barney had two daughters -Rosemary (who passed away four years ago) and Sheila who lives in Nevada.

Sally said: “Despite having left her native Rann na Feirste 80 years ago, Annie still has perfect Irish and that is all we speak when I am over there.

“Annie loves to have visitors and so we’d chat every night and Annie would tell stories of her childhood back home. While I spent the week with Annie, my friend Kathleen Gillespie who travelled with me, spent a week with her sister Ann Shéimí Boyle from Doire Na Mainsear who has been in LA since 1983.”

While they were in LA, Sally and Kathleen also met up for lunch with another well-known Gaoth Dobhair native, actor Gavin Ó Fearraigh, who is in fact also distantly related to Annie Doherty. “Gavin’s granny, my granny and Annie were all first cousins,” Sally laughed.

“We had lunch with Gavin. We were very lucky that the timing was right, Gavin was just back from Hawaii and flying to Las Vegas the next day; it was really lovely to see him,” said Sally. 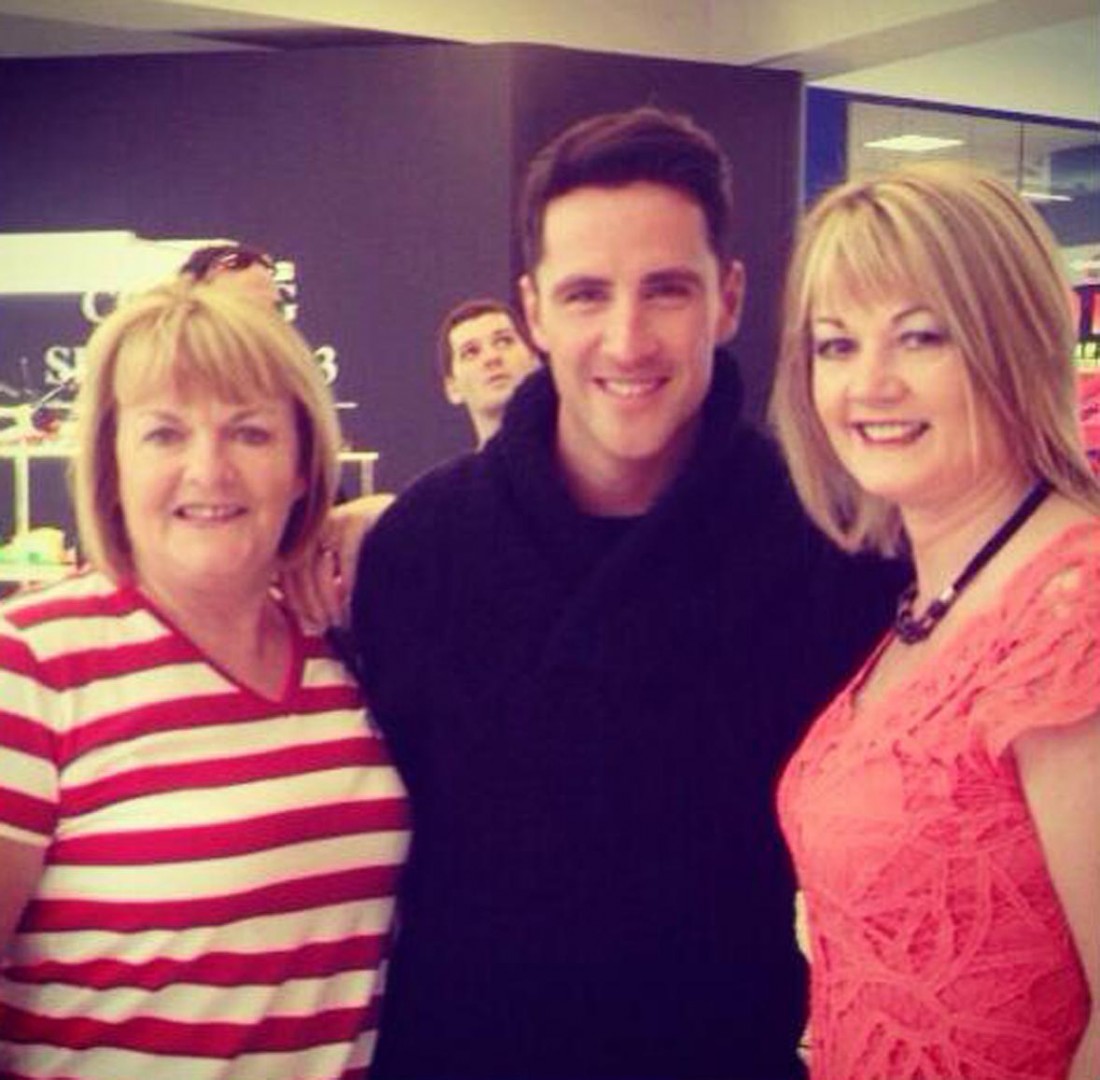