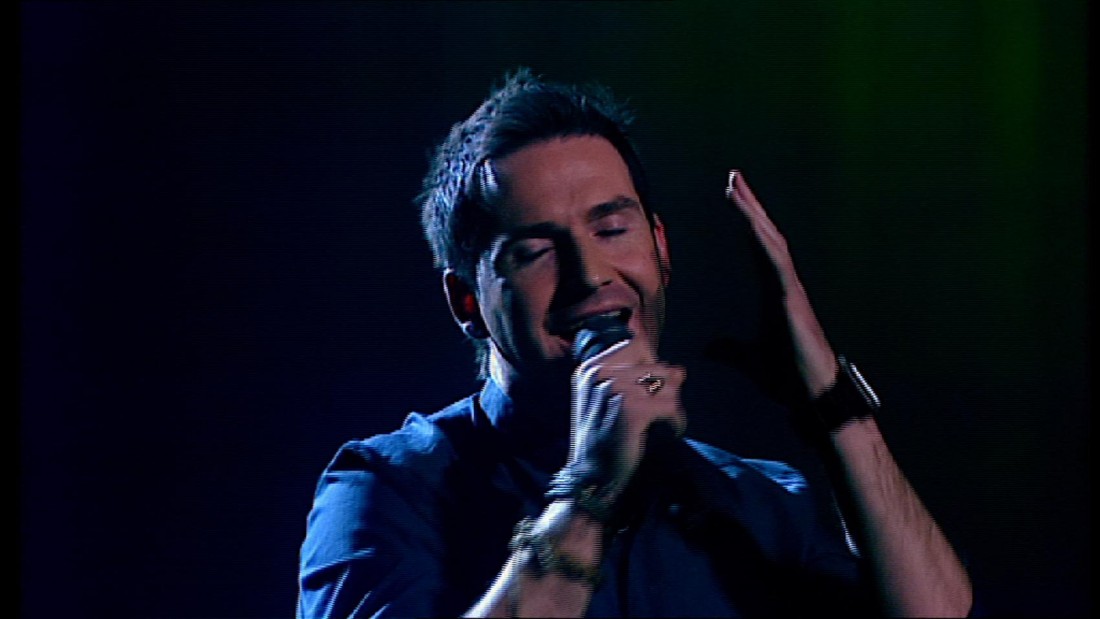 Shane McLaughlin from Downings made it through the battle stages on The Voice Of Ireland last night.

BY SEÁN P. FEENY
TALENTED Downings singer Shane McLaughlin tonight became the second Donegal contestant to make it through to the live stages of this year’s The Voice Of Ireland.

Friends and family gathered at the Beach Hotel in Downings tonight to watch the programme with Shane as he performs a jam session with his mates to celebrate.

Shane (28) first impressed Kian during the blind auditions stage with his performance of the Frames song Fake in Week 3.

In tonight’s show he battled it out with Philip Kennedy from Ballyfermot singing Train’s Drive-by for a place on Team Kian in the second season of the talent competition.

Shane said: “I was OK standing on the stairs waiting to go on stage, until the producer came over and asked me was I ready and it just hit me.

“There I was standing in the middle of the stage with over 1,000 people standing shouting. The intensity and atmosphere was unreal.

“We weren’t allowed to tell anyone that we had made the battle stages, but my battle partner Philip, a teacher, had his class whole class in the crowd wearing T-shirts and cheering.”

Shane revealed parts of the song were changed the night before. “I was taken out of my comfort zone big time, so it was a case of getting settled into the song as quick as I could to put my stamp on it. Philip really upped his game double-fold overnight.”

Once the two singers were finished with their performance, it was time for the judges to give their verdicts.

“Both Sharon and Jamelia were very critical of the performance aspect, which Philip truly won, but Kian and Bressie both said that I had more to offer the competition vocally with Kian saying that I was the person who could develop more.”

Next thing Shane knew he was backstage celebrating his progression to the live stages with his friends and family.

Shane will now take to the stage next on St Patrick’s Day when the show goes live and the first 12 of 24 battle it out to progress.

The power has now been stripped from the judges and it will be down to the public to keep in their favourites in the programme.

So please tune into The Voice Of Ireland, Sundays at 6.30pm on RTÉ One and vote for our Donegal contestants, Shane and Roisin.