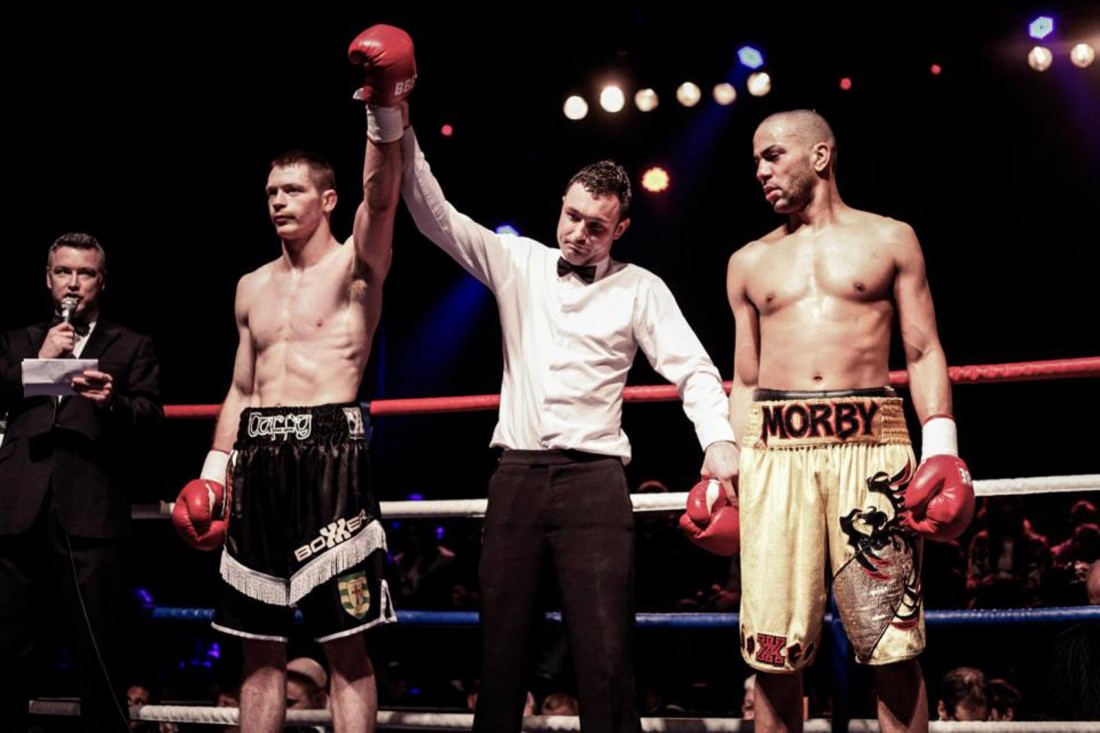 BY SEÁN P. FEENY
LAST weekend a Donegal born boxer won his second professional fight in as many weeks and he is already preparing for his third which takes place next Saturday, March 23.

On Friday night Joe Duffy beat his opponent Paul Morby with a second round stoppage in the Coronet Centre at Elephant & Castle, London in front of a large crowd of supporters.

25-year-old Joe is the son of Inishfree native Joe Senior and Theresa (nee Gallagher), who is originally from Meenbanad just outside Burtonport, but grew up in Wales.

Joe made his professional debut on Saturday, March 2 winning a points decision over the tough Angelo Crowe, a former amateur boxer, in Swansea.

Before turning to boxing full-time, following a move to London, Joe was a professional Mixed Martial Arts with a very impressive record sheet, which included wins over two other Conor McGregor (Dublin) and Norman Parke (Antrim) who have just signed with the UFC.

“The fight in Swansea was a more quiet affair, while in London there was a great crowd, a lot of Irish who had come to support me, friends and family from Wales and Donegal, especially a lot of ones based in London at the moment,” said Joe.

Having won by points the previous weekend, Joe said he was thrilled to win by stoppage, especially as it was in front of such a large Irish crowd.

He said: “To be honest it was really special for me as it’s my first stoppage as a professional boxer and of course it created a lot of excitement for the fans.”

Already preparing for his third professional fight, Joe said he is very happy with his performances so far and feels he is in great shape.

“After my first fight in Swansea I realised that all the hard training had paid off and I was feeling very fit, while I felt I was cruising and never got out of second gear last weekend in London. So we are very pleased with how everything is going,” he said.

Joe and his team are looking to build up a good professional record quickly, aiming towards six to eight-round fights, in a bid to attract the attention of larger promoters.

While other people will be celebrating St Patrick’s weekend, Joe will be training hard with John Tandy and his staff at the Boxing Clinic.

“I’m well used to it at this stage, my birthday was in February and I wasn’t able to have cake as I was training, but the sacrifices are very much worth it.”

It is very apparent how proud the well-spoken athlete is of his Donegal home, especially considering the fact that he wears his county on his back – the ‘Dun na nGall’ tattoo visible every time he has stepped compete, whether it has been the Octagon or the Ring.

“It’s funny really, I have always been very particular about tattoos and would never have got one unless it meant something and with my tattoo, if I ever get lost they’ll know where to send me,” he laughed.

Joe’s next fight will be at the Camden Centre in King’s Cross, London on Saturday, March 23, so if you are in London why not go support our Donegal man Joe. 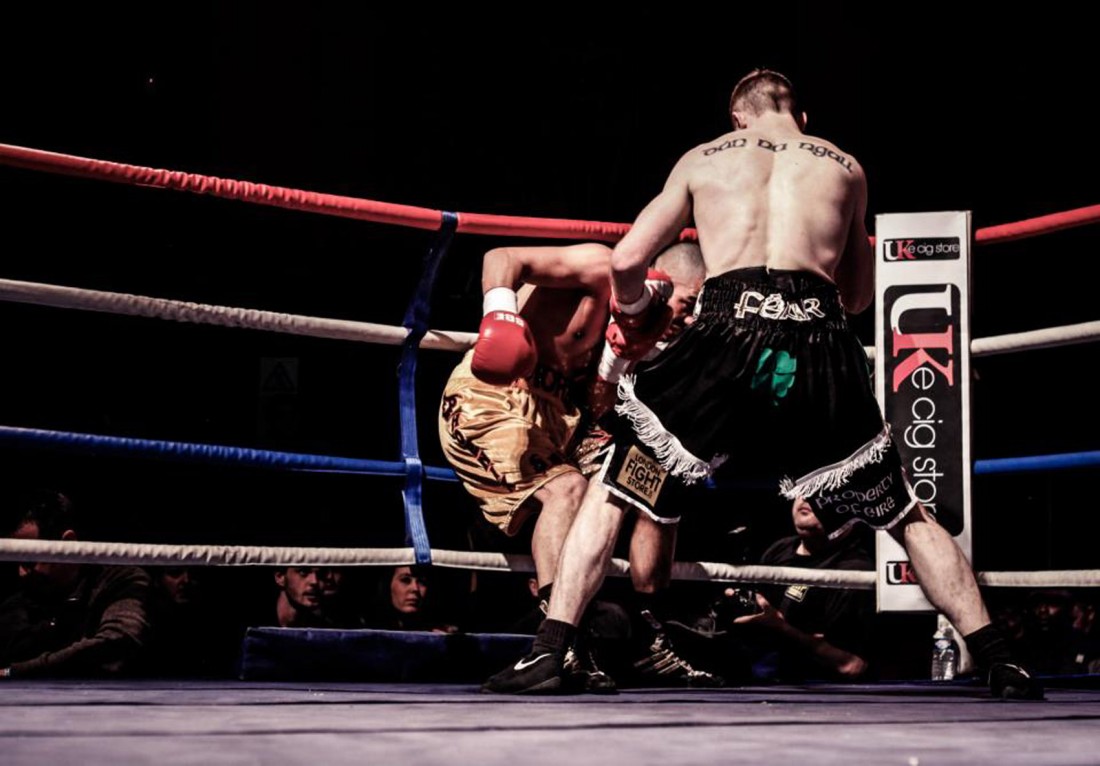