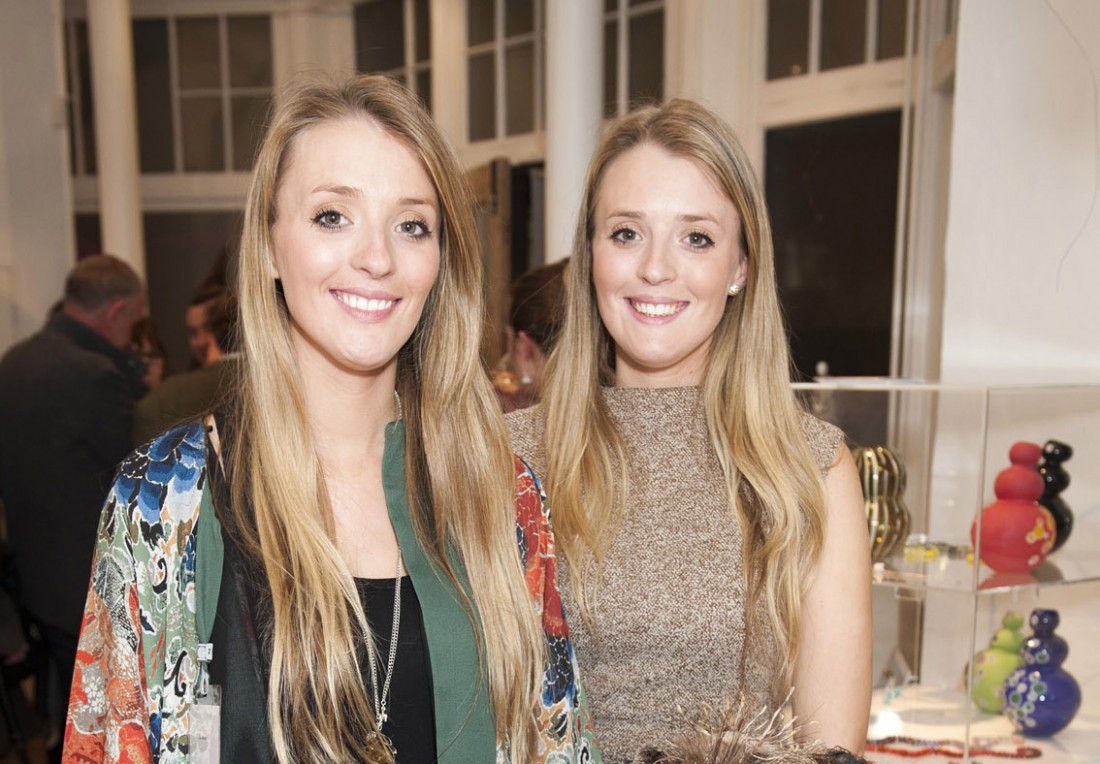 Julie and Lauren Scott are well-known faces in the Dunfanaghy area.

TWIN sisters from County Down poised to make it big in the creative industries were inspired by the landscape around Errigal during their family holidays.

Julie and Lauren Scott (23) are from Helen’s Bay in North Down but spend a lot of their time in the family cottage near Dunfanaghy.

The sisters are two of the most imaginative and talented young designer-makers in Northern Ireland and are quickly making a name for themselves.

Both first class honours graduates in Fine and Applied Art from the University of Ulster, the pair have embarked on what promises to be stellar careers in the contemporary craft industry.

But it was their idyllic summers spent in a refurbished cottage nestled at the foot of ruggedly beautiful Errigal that gave them their love of nature in all its imperfections.

The cottage was shorn of modern amenities, there was no running water or no television and the girls had no interest in playing with the latest toys.

The dramatic Donegal landscape was their playground and they spent their days collecting frogs from ponds and riding horses on the beach.

They would sit up all night making dolls and other crafts from the natural materials they had found in the countryside and pieces of fabric from their father’s linen business.

Julie and Lauren even opened their own little craft shop, where they would sell their exquisite, childlike pieces to locals and visitors.

Their work shares some similarities and is indicative of their childhood influences – they both work with three dimensional figures that are steeped in the decaying, dusty atmosphere of old Victorian houses and are gothic and literary in mood.

Julie, who is the older twin by ten minutes, revealed that her younger brother calls her ‘The Victorian’ because of her lack of knowledge of modern technology.

She said: “We were brought up in an unusual way. Our mum and dad are very creative and love old buildings and they bought a derelict rural cottage in Donegal and refurbished it. We still spend a lot of time there.

“The cottage is at the foot of Errigal, there was no TV and we got the water from a well. We used to sit up at night and make little crafts and set up our own craft shop.”

Both girls worked as riding instructors from the age of 16 and still enjoy riding horses from the local stables in Donegal.

Lauren’s work is made up of recycled material, including horsehair from the stables, bleached bones found on the beach at Dunfanaghy and offcuts from her father’s linen business.

She also uses handmade porcelain teeth and ceramic feet with bunions and misshapen claws to emphasise the ageing process.

“I have a very dark imagination and I like to personalise my animals. I look at a person and think of what sort of animal they would be. A lot of my characters come from members of my own family,” she added.

The sisters were recently part of the Perspective: Inspiration Unveiled exhibition that showcased the work of 13 contemporary designer makers from Northern Ireland at the Craft Central Gallery at Clerkenwell, London, in March.

Now the organisers, Craft NI are giving the Northern Ireland public the chance to view the exhibition at its gallery at Cotton Court in Belfast’s Waring Street from April 4-26.