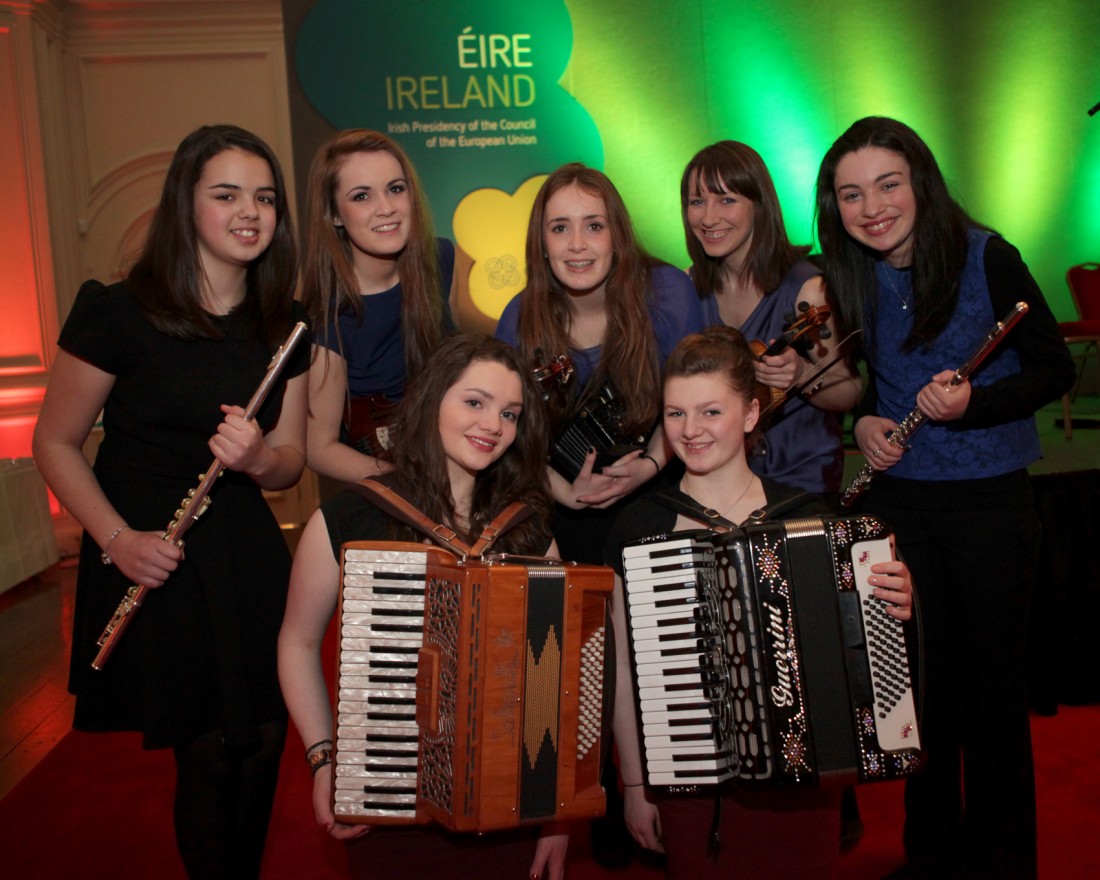 Ceoltóirí Chloich Cheannfhaola who performed at the Royal Hospital Kilmainham at an event as part of Ireland’s EU Presidency with their tutor Theresa Kavanagh, back row, second from right.

ON Monday night, February 18, an eclectic mix of West Donegal’s finest young musical talent took to the stage at an event organised as part of Ireland’s EU Presidency in Dublin.

Ceoltóirí Chloich Cheannfhaola traditional band and jazz duo Michael and Conor Murray performed as guest artists for the Department of Education and Skills’ Conference on the Role of the Teacher Educator.

Nominated by the Donegal VEC Music Education Partnership (DMEP) these worthy musical ambassadors performed to distinguished international delegates at an event at the Royal Hospital, Kilmainham.

This performance was the third in a series of exciting musical celebrations that have been organised by the Department of Education and Skills and Music Generation to mark Ireland’s EU Presidency featuring some of Ireland’s finest young musicians from throughout the country over the coming months.

Over the last three years the group have worked hard to develop both musically and socially through Irish culture.

In 2011 they were winners of the Ulster Fleadh in the under 15 Céilí Band Competition and have recently participated in a cultural exchange in Inverness.

They also attend the annual Donegal Summer School of Music. Their musical interests and influences are diverse ranging from classical music through to jazz, popular music and traditional.

They regularly perform at local and national events and festivals both as a duo, trio and as members of the DMEP’s Donegal Youth Orchestra and Errigal Groove Orchestra as well as Ceoltóirí Chloich Cheannfhaola. Conor is also a current member of the National Youth Orchestra of Ireland. 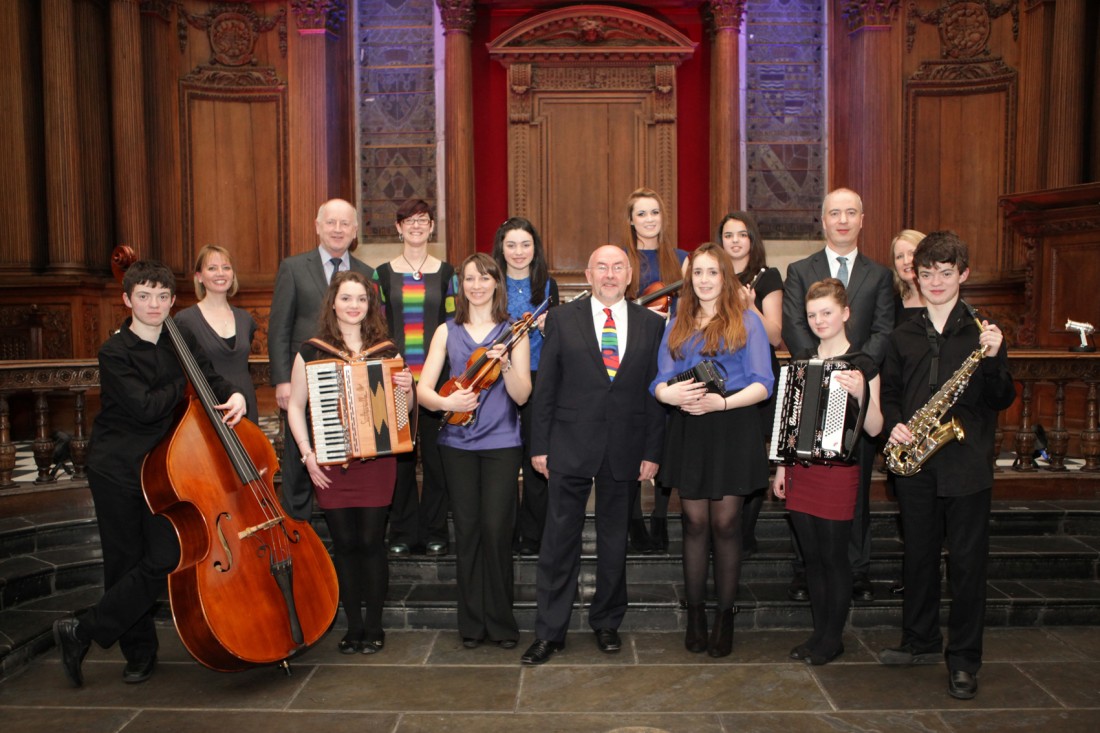 DMEPs Young Musical Ambassadors with Minister Quinn, Minister for Education & Skills after performing at one of Ireland’s EU Presidency events.