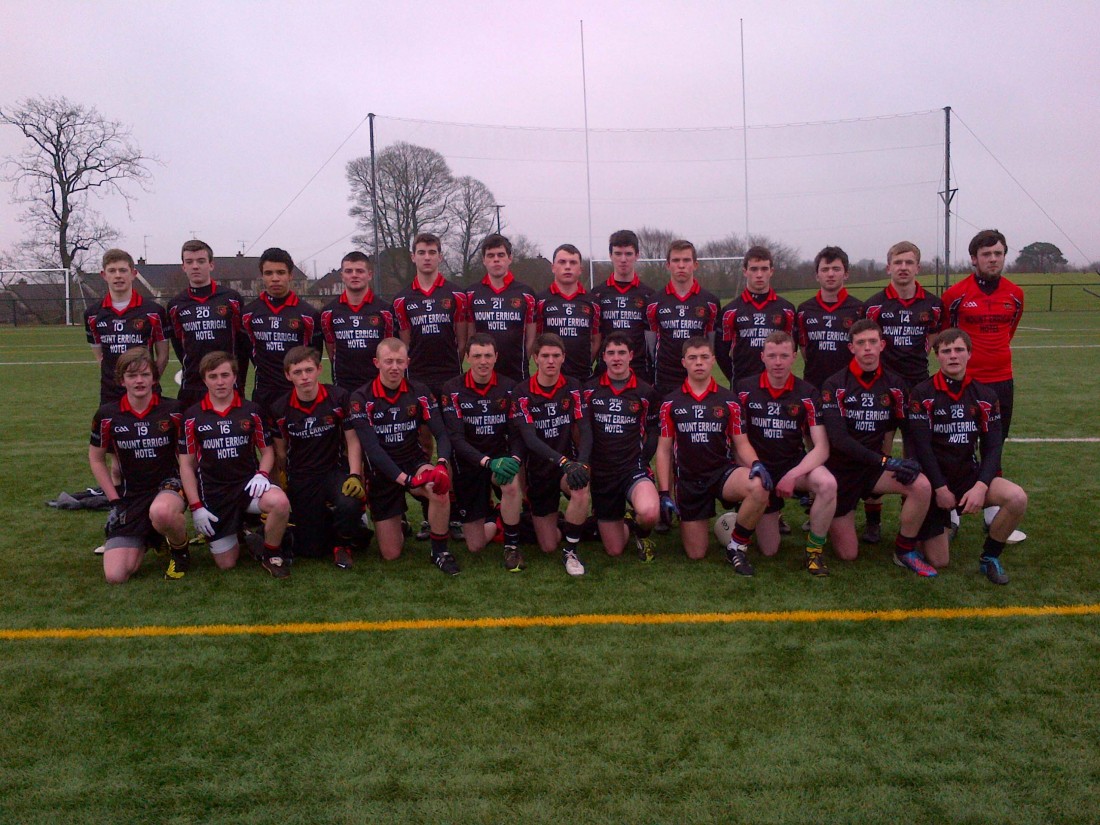 BY KEVIN KELLY
St. Eunan’s Letterkenny are through to the semi finals of the Danske Bank MacLarnon Cup after a hard earned win over a dogged St. Patrick’s Keady side at the Mid Ulster Sports Arena in Cookstown on Wednesday afternoon.

After turning around with a two point lead having played against the wind the Donegal lads looked to be in control of things but they failed to make that advantage count and in fact with a dozen minutes left to play they found themselves behind.

Questions were being asked of them at that stage but they came up with all the answers with right half forward Odhran McMackin particularly to the fore with an outstanding display of place kicking off the ground.

Ryan Hunter, Daire McMonagle, Conor O’Donnell, John Fullerton and John Gibbons were others who played well and their reward in the semi final is further Armagh opposition in the form of St. Michael’s Lurgan.

It was St. Eunan’s who opened the scoring with a well struck thirty five metre free off the ground from the boot of Daire McDaid in the third minute before the Armagh lads levelled natters with a point from a placed ball from full forward Cathal McKenna.

St. Eunan’s were slow to get into their rhythm and it took a timely clearance of the line from Brian Hannigan to prevent Keady from getting a goal. By the end of a low scoring opening quarter it was the Armagh side who had their noses in front after Aodhan Toner had hit the target. Conor McEniff and Oisin Crawford then combined for midfielder Oisin Carr to hit a fine equaliser before the same player was denied a goal moments later by a fine save from Keady keeper Conor McGivern.

McDaid took the resulting “45” and Carr got on the end of it to punch over the bar. McMackin then got his first score of the afternoon from a close in free and he followed that up with a well struck placed ball from further out. Keady had the final say of the opening period through Toner but it was St.Eunan’s who led 0-5 to 0-3 at the interval.

With the wind at their backs it was thought that St.Eunan’s would up the tempo in the second half and when a well taken point from play from McEniff was followed by an excellent long range conversion from McMackin they moved four clear by the tenth minute and seemed certain to push on from there.

To their credit though St. Patrick’s rolled up their sleeves and when a long delivery in from Conal McNally was fielded by Conor Morgan the midfielder gave St. Eunan’s keeper Conor Tinney no chance with a thumping shot to the roof of the net.

St. Patrick’s now had their tails up and in the next attack they were on level terms after a point from full forward McKenna. Impressive wing half back Stephen Renaghan then put Keady in front but that score in the 48th minute proved to be their last of the afternoon.

Keady keeper McGivern produced another superb save this time to deny McEniff but McMonagle stepped up to confidently convert the resulting “45” to leave it all square again. It was anybody’s game at this stage but after both sides had missed chances McMonagle demonstrated great composure to land an outstanding free off the ground from distance. It was a score that visibly lifted his team mates and substitute David Tyrell then got in on the act with an insurance point as St.Eunan’s booked their place in the last four of the competition.