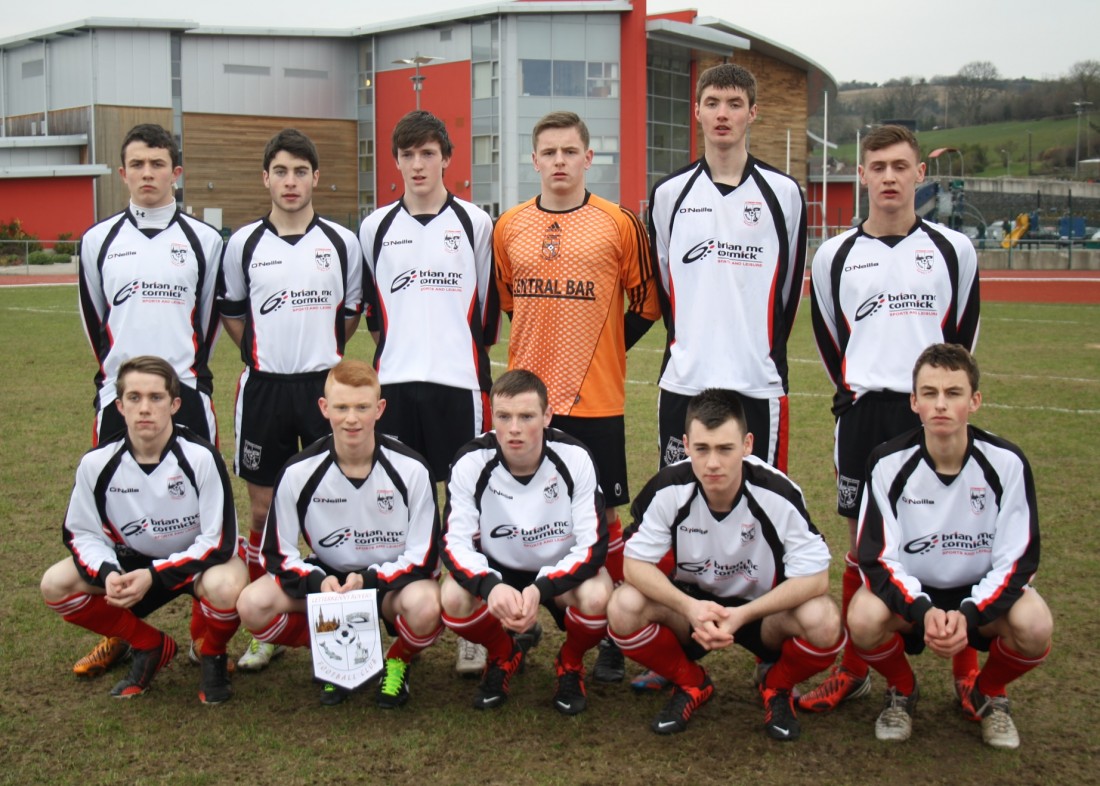 A vintage display from Letterkenny Rovers put them safely into the draw for the quarter-finals of the FAI Umbro Youth Challenge Cup.

The home side put in a performance which simply outclassed their Dublin & District Schoolboys League opponents Swords Celtic and the 3-0 winning margin was a fair reflection on proceedings at a bitterly cold Aura Leisure Centre on Saturday afternoon.

Anthony Gorman’s side – who have yet to concede a goal in this year’s competition – can now look forward to this week’s draw for the last eight with the tie to be played in late March.

In the meantime, Rovers will quickly turn their focus to next Saturday’s Donegal Youth League play-off final against Erne Wanderers where they hold aspirations of claiming back to back titles.

First half goals from Jason Doherty and Aaron Scanlon laid the platform for the win before Kieran MacPherson added a third goal in the second half.

Rovers were certainly chomping at the bit from an early stage but had to wait until the 28th minute before unlocking the visitors defence. Ryan McCloskey worked the ball in well from the right flank before releasing Jason Doherty and although his initial shot was blocked by goalkeeper Graham McConnell, he fired home the rebound.

Within six minutes, it was 2-0. On this occasion, Aaron Scanlon charged at the Swords defence before unleashing a wonderful left foot drive which gave the goalkeeper no chance.

It was a long way back for the visitors who lacked penetration in their play with the front two largely starved of any opportunity to impact on the Rovers goal.
Early in the second half, Dale Gorman was first denied from the edge of the box by a fine save after a well work moved and later saw his thunderous shot smash off the crossbar.

Kieran MacPherson was also an increasing threat with his movement up front and with fifteen minutes to go, the young striker sealed the tie. He raced onto a ball over the top of the defence, showed tremendous composure inside the penalty area and neatly drilled his shot low into the corner of the net.

In truth, Rovers goalkeeper Jason Quinn was rarely tested throughout the game with the back four solid throughout. Greater challenges are certain to follow but it was a job well done.