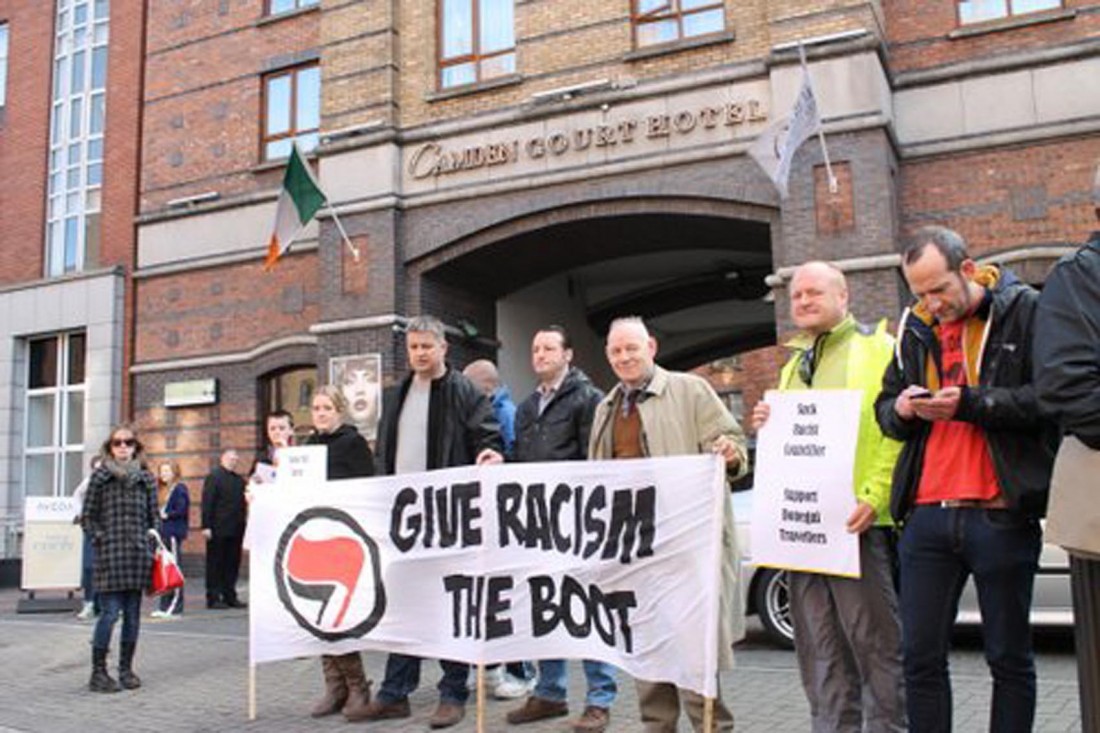 Protesters outside the Camden Court Hotel in Dublin on Saturday.

OVER 60 held a protest outside a Dublin hotel on Saturday to highlight widespread anger at the recent alleged racist comments against Travellers made by Donegal councillor.

Protesters gathered outside the Camden Court Hotel for an hour over comments made by the owner of the hotel, Donegal County Councillor Seán McEniff, and Ballyshannon Town Councillor Eugene Dolan following the suspected arson of a house at Parkhill, Ballyshannon intended for a Traveller family in the early hours of Monday morning, February 11.

Last month gardai received a formal complaint from a member of the Travelling community about remarks made by Bundoran-based Cllr McEniff. The councillor caused controversy when he made comments in relation to the purchase of the house.

He denied he was being a bigot when he insisted that Travellers ‘should live in isolation’.

Community activist Micheál Cholm Mac Giolla Easbuig congratulated the protesters for taking a ‘strong stand against racist remarks made by Cllr McEniff and Cllr Dolan’ by staging the peaceful protest which was observed by hotel staff and members of the gardaí.