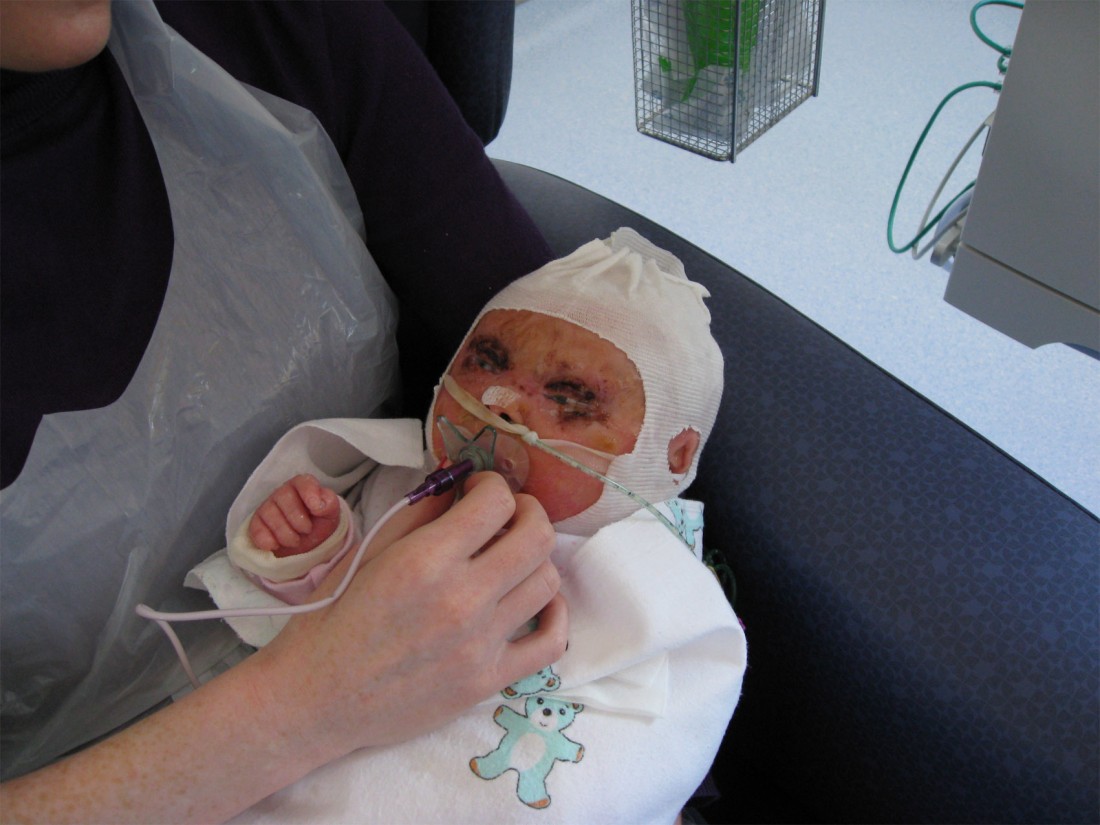 Carleen Gallagher holds her daughter Lucy at Our Lady’s Hospital in Crumlin. Special days so far with baby Lucy for the parents include getting to hold her again, helping to bathe and feed her, dressing her when she was ten-weeks-old and seeing her transferred to a ‘big girl’s cot’.

Well-known public figures have given their support to a school project which is raising funds for baby Lucy Gallagher from Maghery who is six months old today and is still at Our Lady’s Hospital for Sick Children in Crumlin.

Lucy was born on August 8, weighing 4lb 14 ounces, with a rare genetic skin condition called Harlequin Ichthyosis. She is the only one with the condition in Ireland and there are less than 100 world-wide.

Lucy lacks a protein that allows her skin to develop correctly. To try to make up for this missing protein, her body makes too much skin which she can’t shed quickly enough.

This meant she was born with thick, yellow scales – almost like armour – with deep red wounds over her entire body.

This thick skin pulled tightly, causing constrictions. Her eyes, mouth, ears, fingers and toes were most affected. Immediate concerns after her birth were infection due largely to the deep fissures, dehydration, and breathing, because the skin restricts movement in the chest. Students from the Rosses Community School compiled a book entitled Heroes in the Classroom which celebrates teachers who have made a positive impact on students’ lives.

First and transition year students are raising funds for Lucy as she is the daughter of one of their very popular teachers, Ms Carleen Gallagher, who teaches maths and science, and her husband Gary Gallagher.

And so, as well as writing about their own favourite teachers, the students wrote to many celebrities asking them to recall any teachers who inspired them and the replies are included in the book. 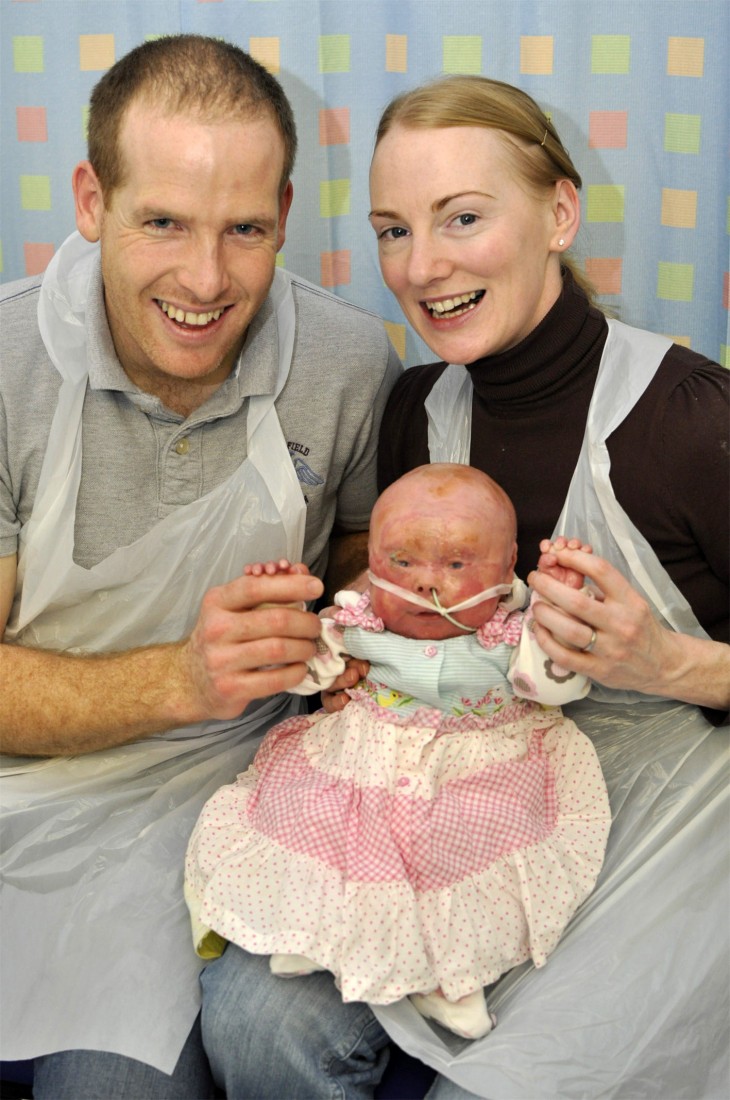