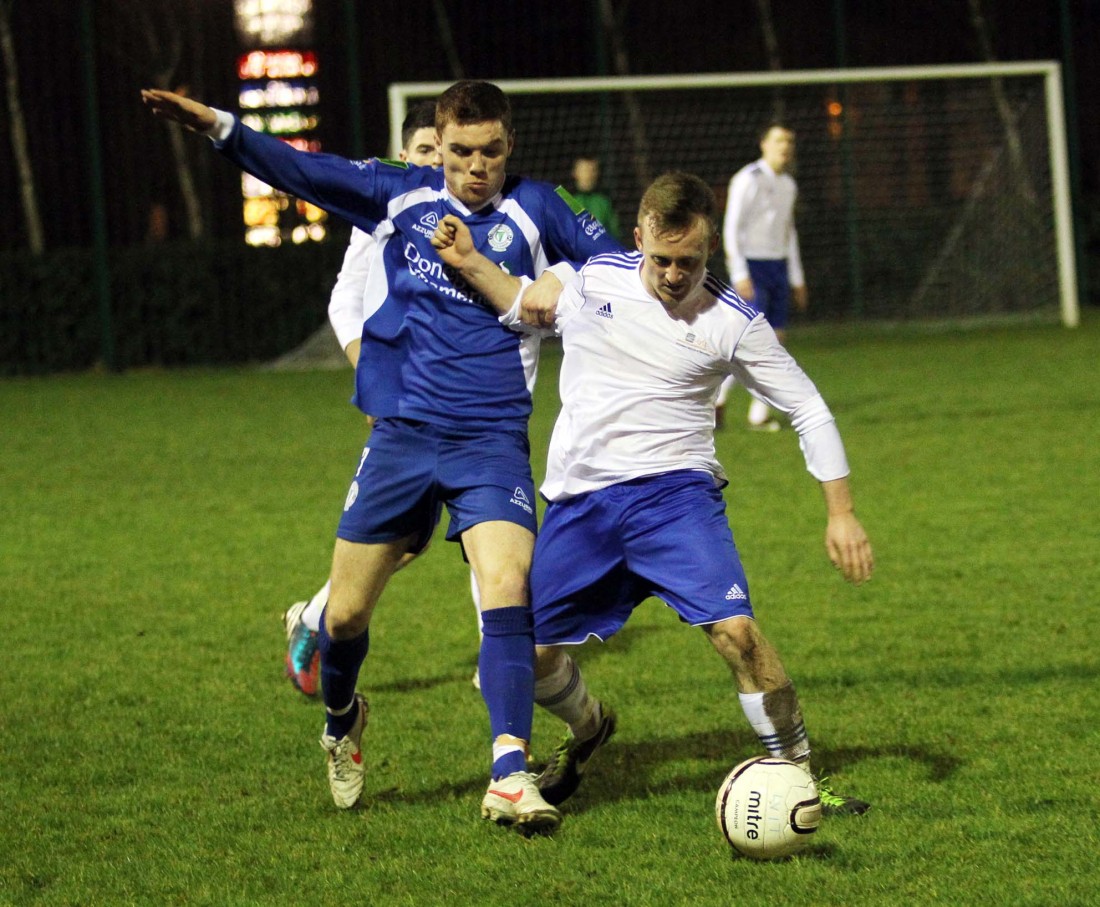 FINN Harps maintained their impressive pre-season form with a 3-0 win over an under-strength LYIT team on Wednesday night.

Thomas McBride capped off an energetic display with a wonderful first-half double before recent acquisition Sean Reilly netted a third shortly before half-time.

And with just over a fortnight until their EA Sports Cup opener against the Mayo League, the Harps boss believes his side are well on track ahead of the new campaign.
“It was good to get a work out,” he said after their midweek outing. “Players would rather play than train at this stage. Most players got 45 minutes, some got a bit more than that.

“I’m delighted that we were very professional in the way we went about our business. We kept a clean sheet, which is important as well.”

The game also served as preparation for the LYIT’s quarter-final tie against GMIT, Castlebar in the CFAI Cup next Wednesday and with the likes of Josh Mailey, Barry McNamee and Dean Bonner not available, manager Niall McGonagle was able to run the rule over several fringe players.

The IT started bright and were denied the breakthrough by another player they had to do without, Harps number one Ciaran Gallagher, who produced a fantastic save to thwart Jordan Duffy inside the first minute.

Harps, though, soon stamped their authority on proceedings and after a couple of attempts from Michael Funston and Kevin McHugh failed to trouble Sean Black, the visitors took the lead through McBride.

McHugh, scorer of two goals against Dundalk at Oriel Park last weekend, was the provider as he teed up the industrious midfielder to side-foot home from just inside the area for a cool finish.

The second was even more delightful and would’ve pleased Hutton for the number of players that helped create it.

Damien McNulty, Matt Harkin, Gareth Breslin, Funston and McHugh were all central – the latter dragging his marker out of position before showing the awareness to release McBride in behind.

The dynamic playmaker timed his run to perfection and confidently dispatched a first-time half-volley under the body of Black.

McHugh then bagged a hat-trick of assists as he set-up new recruit Sean Reilly, who rounded off a versatile performance with a close-range finish just before the break.
The customary wholesale changes arrived at the start of the second half but Harps still maintained control. One such replacement, Paul McVeigh, was the brightest of those introduced but the man who enjoyed such a stellar year last season failed to capitalise on a number of good opportunities that fell his way after the restart.