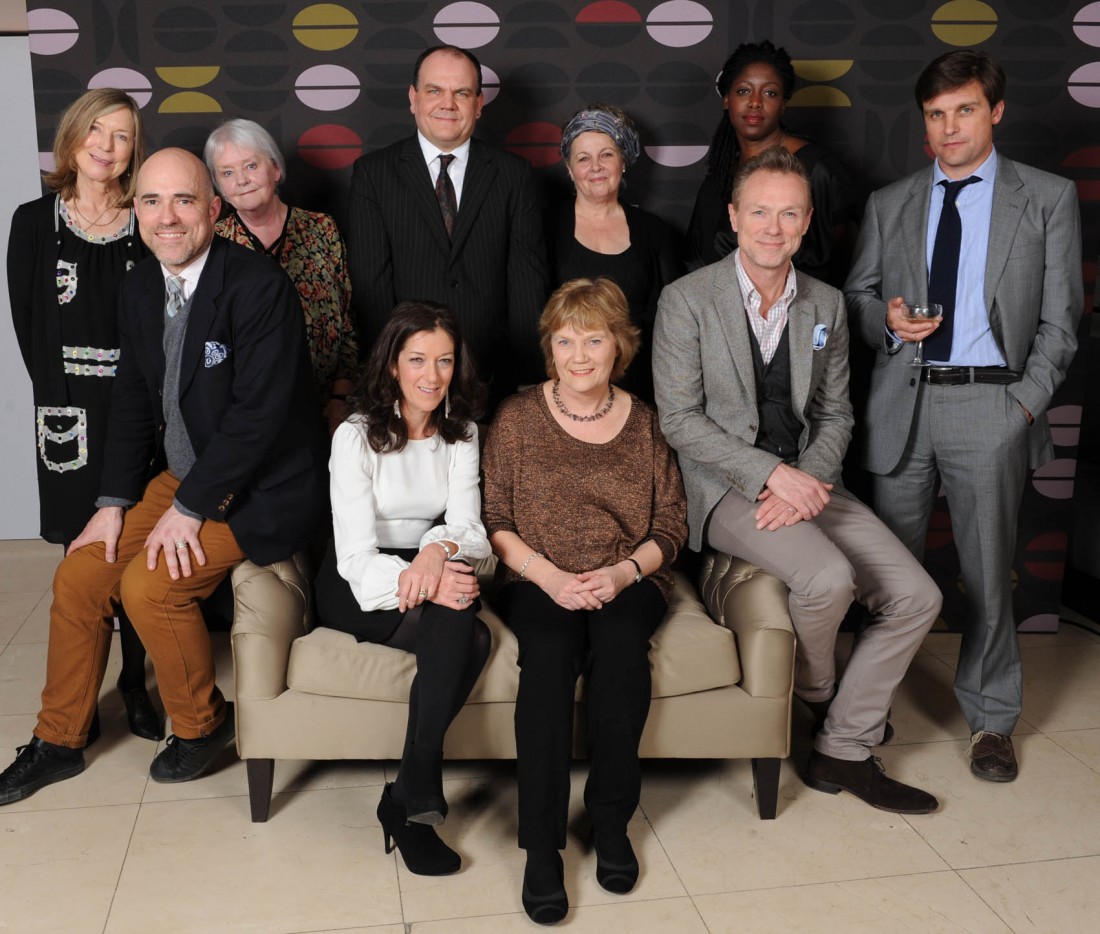 Guy Le Jeune (back row, third from left) with his fellow finalists and the judging panel.

BY SEÁN P. FEENY
LAST week a Donegal writer was mingling with the stars in London as he was announced as runner-up the first ever Costa Short Story Award.

Guy Le Jeune’s short story Small Town Removal was selected from over 1800 entries received for the new award and made it to the final six.

Le Jeune is the pen name of Guy Barriscale, a well-known member of the arts industry here in County Donegal.

The inaugural award was open to both published and unpublished writers, for a single, previously unpublished short story of up to 4,000 words by an author aged 18 years or over and written in English.

The shortlist was selected by a panel of judges – Richard Beard, Fanny Blake, Victoria Hislop, Gary Kemp and Simon Trewin – and then made available on the Costa Book Awards website for the public to download and vote for their favourite.

Last Tuesday night Guy and the other five finalists attended the Costa Book Awards ceremony champagne reception at London restaurant Quaglino’s, where the Letterkenny-based writer was announced as runner-up winning £750.

Guy’s Small Town Removal tells the story of Michael Sweeney who returns to the town where he grew up for the funeral of his estranged father.

The story that received the most public votes Avril Joy’s Millie and Blind. Joy writes novels, short stories and poetry. Her first novel, The Sweet Track, was published in 2007.

Guy travelled to the ceremony with his wife Patricia McBride and said it was like being in a ‘different world’ surrounded by so many well-known public figures.

He said: “While we were standing at our table I looked around and saw Dave Gilmour (Pink Floyd) sitting at the table next to us.

“I also had a really nice chat with Gary Kemp (Spandau Ballet), one of the judges, and he was a lovely guy.”

Currently a student at the Open College of the Arts, Creative Writing degree course, Guy only started to write two years ago after a long a career in the theatre industry.

In his relatively new career as a creative writer, Guy’s work has already been commended in the 2011 Sean Ó Faolain Prize and he was short-listed for the 2012 Fish Publishing Short Story Prize. Guy is currently running a cross-border Reminiscence Project for An Grianán Theatre and is working on two novels.

Guy said the whole experience of the Costa awards was very encouraging. “It’s great boost when you get recognised for your writing and the awards were just an incredible experience for me and I am definitely not going to stop.”

Proving just how prestigious the Costa awards are, Hilary Mantel accepted the Costa Book Award for her bestselling novel, Bring Up the Bodies, at the same ceremony.

Mantel, already a double Booker prize winner, secured the record when she was awarded the 2012 Costa Book Award on Tuesday night, beating an all-female shortlist of five.