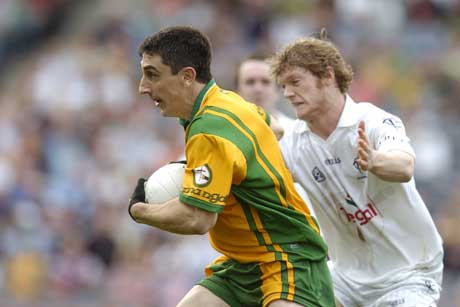 Paddy Campbell has been appointed the new Naomh Conaill manager.

PADDY Campbell has been confirmed as the new manager of the Naomh Conaill senior team.

A native of Glenties, Paddy is back at home again having been away from the club for a few years now.

Campbell was the captain of the Naomh Conaill senior that won the club’s first ever Donegal SFC in 2005.

More recently, he has been involved with teams in Derry and Tyrone.

He was manager of Steelstown in Derry while he was the trainer of Dromore in Tyrone.

Campbell informed Dromore at the end of the week that he had his heart set on a return to his hometown club.

His appointment was confirmed at a meeting of the Naomh Conaill executive last night.