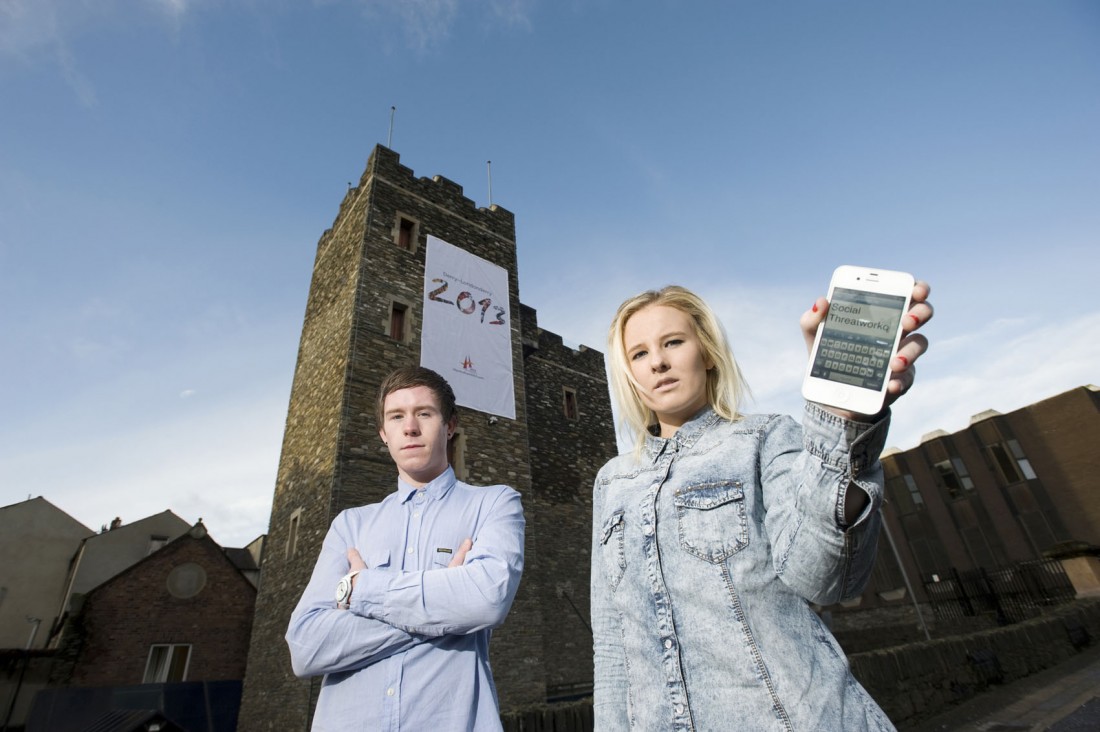 BY CONOR SHARKEY
A SONG written by two North West Regional College students dedicated to two Donegal sisters who took their own lives has attracted over 20,000 hits on YouTube.

The song’s moving lyrics appears to have struck a chord with teenagers across the globe. Since being launched days before Christmas it has attracted over 1,000 a day and counting.

Containing lines such as ‘Erin was 13 years of age when you bullies unleashed your rage, causing death I’ll say no names but now she’s gone who’s to blame’, Social Threatwork takes a powerful swipe at the internet site Ask FM which has been in the headlines since the tragedy.

Chloe said she hoped the song would raise awareness of the extent of the bullying problem that exists on social networking sites. She also said the anonymity afforded to users of sites like Ask FM should be removed or taken down altogether.

The campaign to have Ask FM scrapped has snowballed since it emerged that 13-year-old Ballybofey schoolgirl Erin Gallagher had been the victim of a savage cyber-bullying campaign. Erin took her own life in October while her sister Shannon did the same just two months later.

Following the double suicide which sent shock waves around the world, Chloe and Dominic teamed up to pay their own personal tribute and to raise awareness of cyber-bullying.