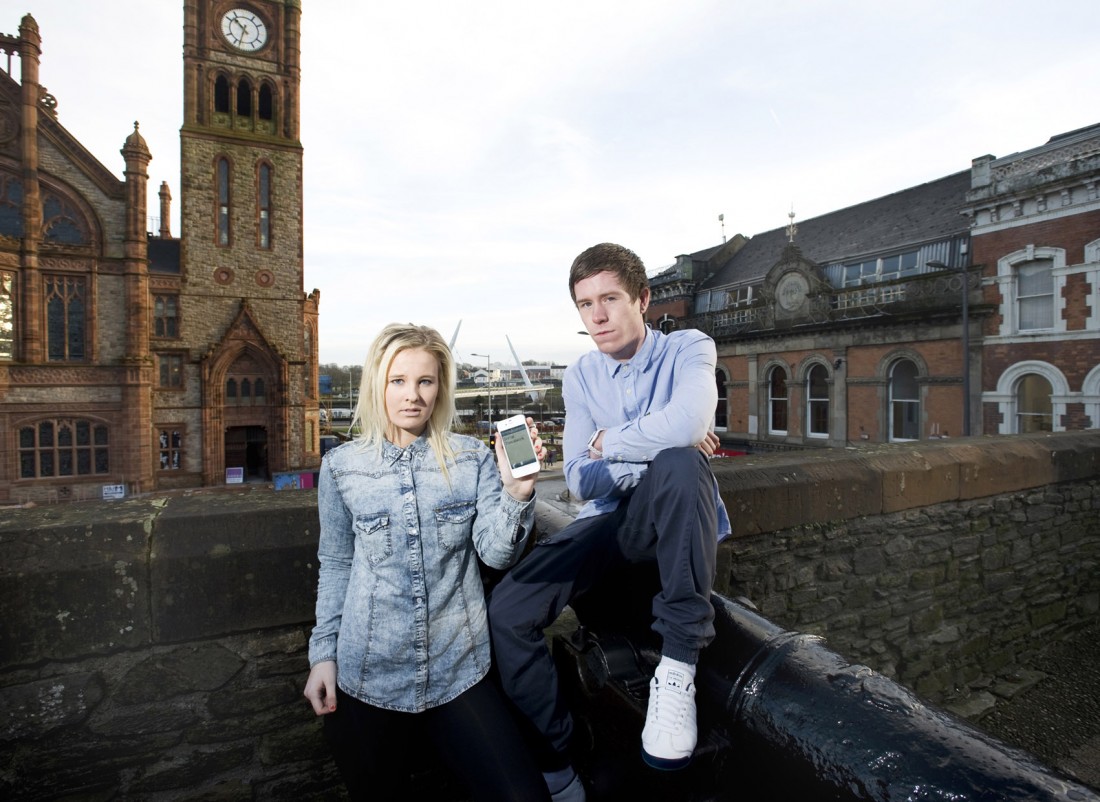 BY SEÁN P. FEENY
A YOUNG Donegal rapper has said he is overwhelmed with the positive feedback he and his Tyrone co-singer have received for their recently released anti-bullying song.
In Friday’s Donegal News we reported on the release of the song Social Threatwork by St Johnston Rapper Eireboy, aka Dominic McCosker, and Strabane singer Chloe Wilders.
The two North West Regional College students published the song on YouTube before Christmas and without any publicity it has received over 20,000 hits.
The song was inspired by the untimely deaths of Ballybofey sisters Erin and Shannon Gallagher last year and with the song Dominic and Chloe want to speak out against cyber-bullying and address the dangers of bullying on the App, Ask Fm.
Social Threatwork was written and released with the mother of the two girls, Mrs Lorraine Gallagher, who contacted Dominic after with some very encouraging words.
Dominic said: “She got in contact and said she was very proud of us and has encouraged us to share the song with as many charities and organisations as possible.
‘overwhelmed’

The talented St Johnston man said he was genuinely ‘overwhelmed’ by all the positive feedback they have received so far on Social Threatwork.

“We expected that friends of Erin and Shannon’s and our own friends would share it, but we never expected to get such an overwhelming response.

“We have had broadcasters like iRadio’s Dave O’Connor share the video and, more importantly, various anti-bullying organisations,” he said.

Dominic said this was the first time that he and Chloe had collaborated on a song and said it hopefully won’t be the last time.

“We worked really well together on this song, which we will try and continue to promote and maybe release on iTunes to raise some money for charity.

“I’d definitely love to work on more material with Chloe.

“The two of us are very grateful for everyone’s support and we’d like to thank everyone for that and encourage everyone to continue to spread to message to stop cyber-bullying,” he said.