Advertisement
HomeHeadlinesLocal firm gives staff €220,000 worth of vouchers to spend in Letterkenny
Advertisement 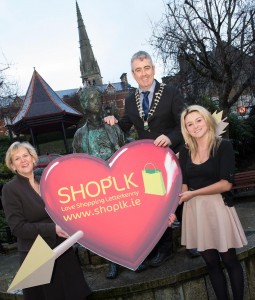 By Cronan Scanlon
LETTERKENNY retailers received a major and unexpected boost today (Thursday)
after it emerged that a local firm gave their employees more than €220,000 worth of vouchers to spend in businesses in the town.

The Donegal News understands that the town’s biggest employer,
Pramerica, gave a €250 Shop LK Voucher to each of its almost 900
employees.

That means an injection of more than €220,000 into the local economy
at what is, traditionally, the quietest time of the year for shops in
the town.

The vouchers are the brainchild of Letterkenny Chamber in response to
the feedback from retailers and are aimed at keeping money in the
local economy.

A spokesperson for the Chamber declined to comment when contacted
yesterday and our query to Pramerica was not returned at the time of
going to press.
However, sources in the company said that all employees were given the
vouchers last week as a bonus and because January is an exceptionally
tough month financially both for employees and retailers.

Local trader, Mr Alfie Greene of Greene’s Shoes, said the purchase was
obviously a great boost for the town and paid tribute to Pramerica for
their act of generosity.

“This is great news for that town and I, like all traders, am very
appreciative to the company for their generosity in spending that
amount of money on their employees and the town,” Mr Greene said.

A source in the company said the gesture had given staff there a great lift.

“While it is a great gesture from Pramerica to its employees, it is
also a major boost to the Letterkenny economy.

It will be worth well in the excess of €220,000 to the businesses that accept these
vouchers.

It just goes to show what a great company they are to work
for,” one source said.

Indeed, in March 2007, the Great Place to Work Institute Ireland named
Pramerica as one of the best companies to work for in Ireland.