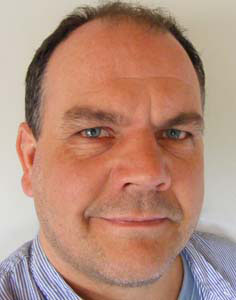 A LETTERKENNY writer has been announced as one of six finalists nominated for the first ever Costa Short Story Award.

Guy Le Jeune’s short story Small Town Removal was selected from over 1800 entries received for the new award, it was announced this morning (Thursday).

The inaugural award was open to both published and unpublished writers, for a single, previously unpublished short story of up to 4,000 words by an author aged 18 years or over and written in English.

A shortlist of six stories was selected by a panel of judges – Richard Beard, Fanny Blake, Victoria Hislop, Gary Kemp and Simon Trewin – and then made available on the Costa Book Awards website for the public to download and vote for their favourite.

Guy Le Jeune is the pen name of Guy Barriscale, a well-known member of the arts industry here in County Donegal.

Currently a student at the Open College of the Arts, Creative Writing degree course, Guy only started to write two years ago after a long a career in the theatre industry.

In his relatively new career as a creative writer, Guy’s work has already been commended in the 2011 Sean Ó Faolain Prize and he was shortlisted for the 2012 Fish Publishing Short Story Prize.

Guy is currently running a cross-border Reminiscence Project for An Grianán Theatre and is working on two novels.

The story that received the most public votes will be announced as winner and receive £3,500 at next week’s Costa Book Awards ceremony, with the two runners-up each receiving £750.

Guy and his wife Patricia McBride will be travelling to the awards which are being held in London on Tuesday night.