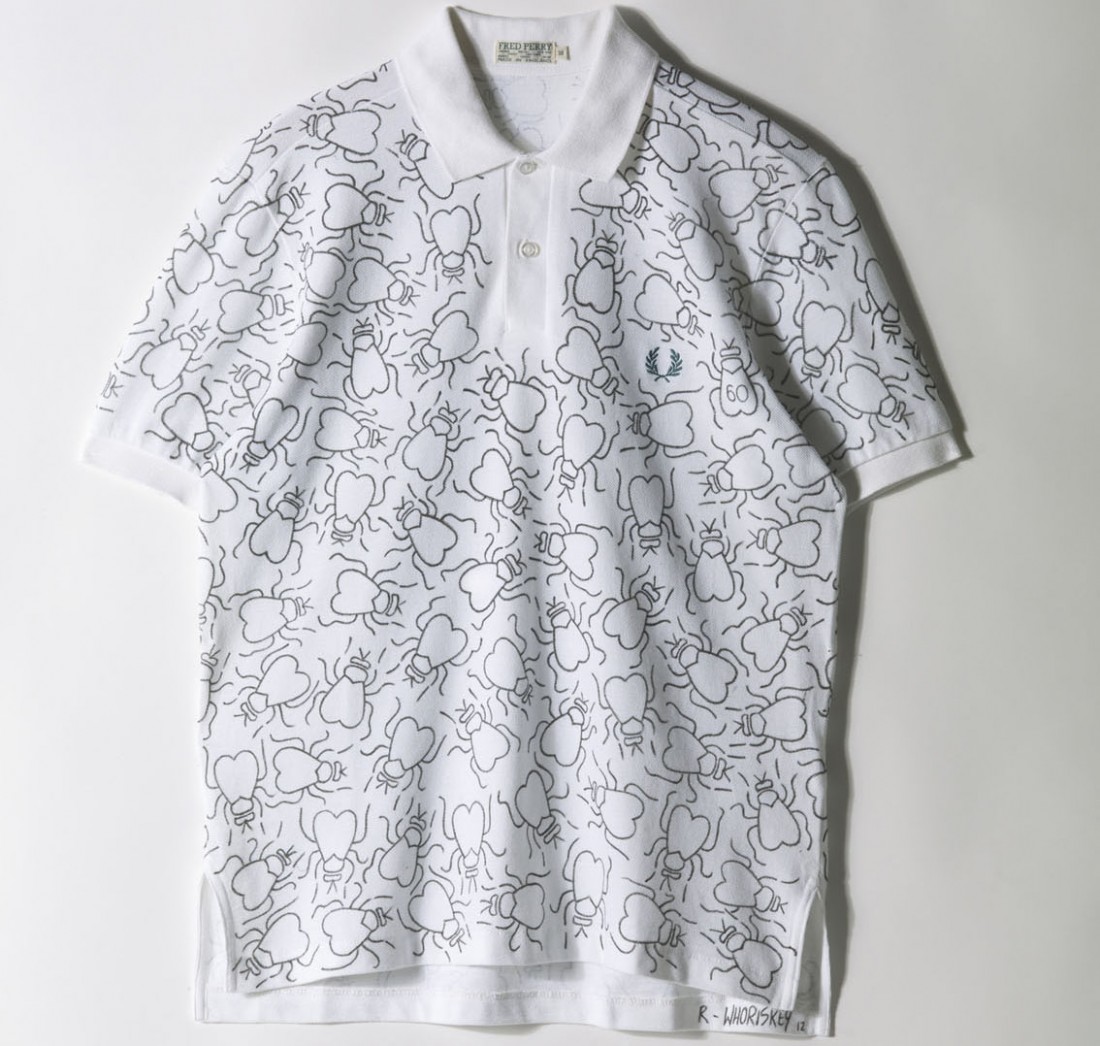 BY SEÁN P. FEENY
A YOUNG Donegal designer was invited by the famous clothing brand Fred Perry to design a polo shirt design as part of a prestigious collection celebrating the brand’s 60th anniversary.

The Fred Perry brand compiled a list of their most loyal and distinguished fans, designers, musicians and sports people from all over the world, including Ramelton’s Rob Whoriskey, who were invited to personalise a 1952 reproduction shirt for the collection.

The shirts were individually customised with birthday messages and unique designs as part of a charity fund-raising exercise.

The very talented 28-year-old Ramelton native joined famous people such as British Olympian Bradley Wiggins, Blur singer Damon Albarn and Irish artist Rasher who were amongst those selected to submit their designs.

Rob is an illustrator, printer, painter and visual collaborator living in Dalston, London, where he has worked with Oki-Ni, Art Wednesday, Jaguar Shoes and i-D online and designed prints for menswear designer Christopher Shannon.

Legendary tennis player Fred Perry was the number one tennis player in world for five years, won Wimbledon the times, and the US Grand slam eight times before going on to create one of the most iconic fashion brands of all time.

In the 1940s Fred Perry met up with Tibby Wegner a footballer from Austria. These two started to work on different clothing ideas, the first being the wrist sweatband.

The next product they released was the Polo Shirt, which is still the main product of the company today.

The customised Fred Perry 60th anniversary shirts will be auctioned later in 2013 with all proceeds going to the Amy Winehouse Foundation.

You can view all designs on the clothing company’s website www.fredperry.com/60-years-gallery/ and visit Rob’s blog, Drawing Away Rob Whoriskey, at robwhoriskey.tumblr.com/