FINN Harps have accepted an invitation from the Ulster Senior League Executive Committee to re-join the USL for the forthcoming 2013 season.

USL Chairman Johnny McCafferty confirmed last weekend that the League had extended an invitation to Harps and their League of Ireland counterparts Sligo Rovers to enter a second-string team for the upcoming campaign.

And at the outset of Monday night’s AGM in the Mount Errigal Hotel, it was revealed that Harps wished to join, but Sligo had declined.

The reigning Airtricity League Premier Division champions were grateful for the invitation and although they highlighted financial constraints as their main reason for not joining, they did state they “would revisit the suggestion in 2014”.

It brings the number of teams in the league back up to double figures – Killea and Convoy Arsenal both withdrew over the last two seasons – and could well prompt a return to a two-series of games, although that won’t be finalised until the next delegates meeting in February.

Finn Harps last competed in the USL back in 2005 and their decision to re-join the Intermediate ranks will provide fringe players in Peter Hutton’s first-team squad, as well as several from Sean McGowan’s U19 panel, the opportunity to play competitive football at a good standard.

A Finn Harps Reserve side won the Ulster Senior League in the 1998/1999 season ahead of runners-up Swilly Rovers, with current club captain Kevin McHugh among the players in that title-winning team.

As expected, there were no changes to the Executive Committee, with Johnny McCafferty, who took over from the outgoing Eamon McConigley in June last year, re-appointed to the hot-seat for his first full year at the helm.

Jim McConnell, who was absent from the AGM because of an illness, was re-elected as Vice-Chairman, while Mark Duffy remains as Secretary alongside Assistant Secretary Niall Callaghan.

Donal Coyle keeps his position as Treasurer, Dessie Kelly will stay on as Registrar and Disciplinary Secretary, while Paul McGovern continues his role as PRO. 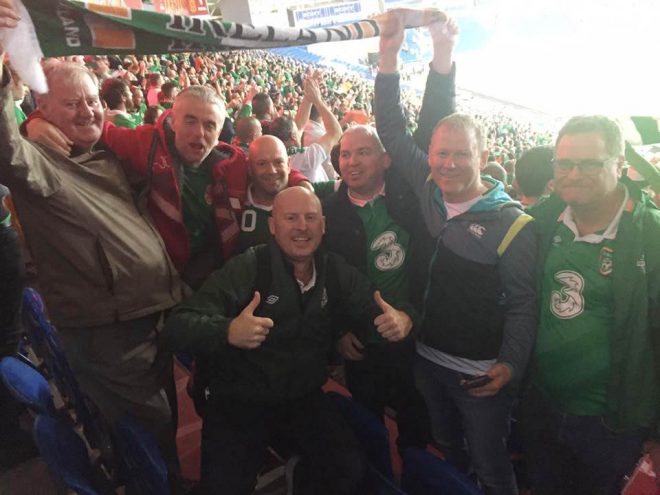 Jason Gibson said that everyone had been left shaken but that things could have been much worse.