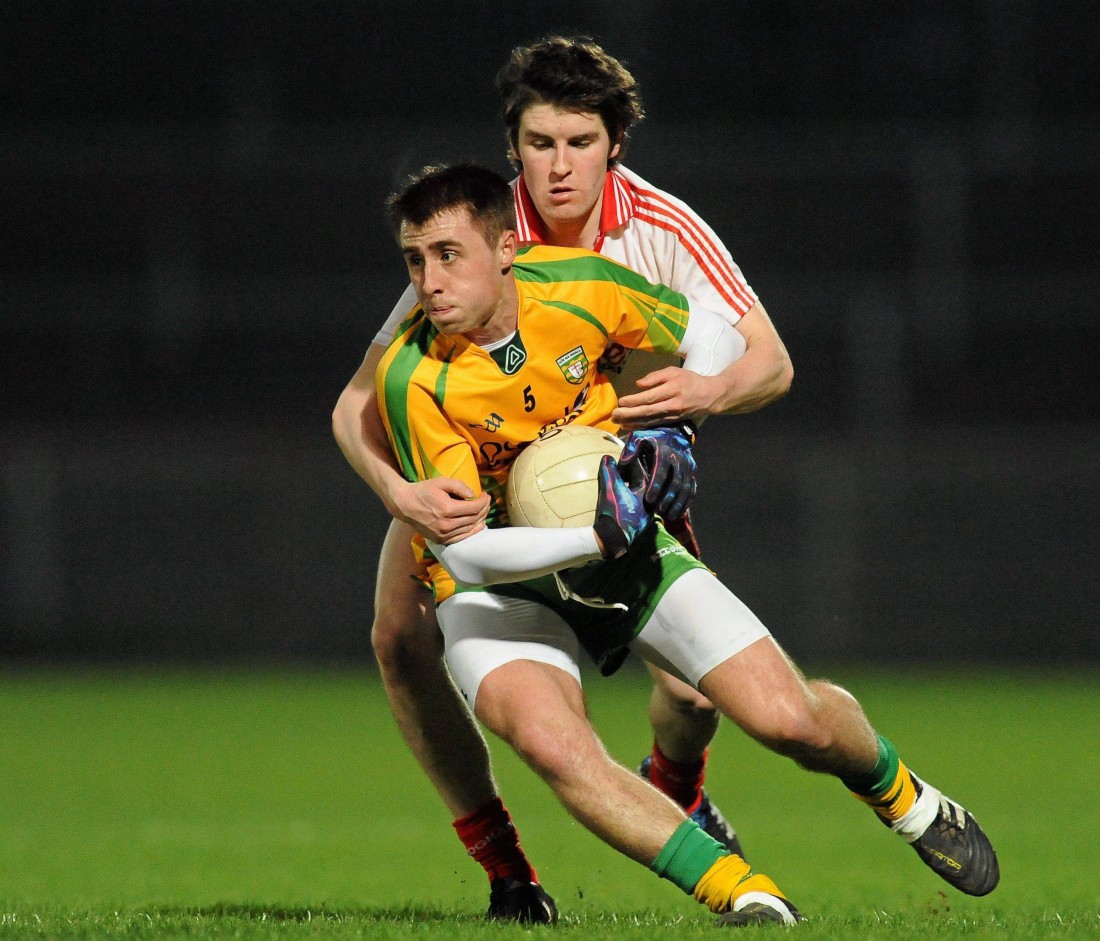 Thomas McKinley is one of the youngsters looking to make his mark on the McKenna Cup.

AS EXPECTED, Donegal will be in experimental mode during the Power NI Dr McKenna Cup, which gets underway this weekend.

Donegal, however, have been excused until Wednesday night, January 9th, when they head for Enniskillen to take on Peter Canavan’s Fermanagh (7.30pm). Donegal have been given a delayed start to accomodate the team’s holiday in Dubai.

Donegal have submitted a list of 20 names to the Ulster Council for programme purposes and it’s certainly a side that has very much the expected experimental look about it.

It is likely that the panel will alter from game to game, with Jim McGuinness and Rory Gallagher keen to check out as many players as possible during the pre-season competition.

All-Star goalkeeper Paul Durcan has been named in the panel, but it’s highly likely that Aodh Ruadh’s Peter Boyle will man the sticks next week in Brewster Park and with Michael Boyle of Termon also listed, it seems unlikely that Durcan will feature until the February 2nd League opener against Kildare in Croke Park.

There is a return for St Eunan’s man Mark McGowan, who has played for Donegal previously, while Gaoth Dobhair man Odhran MacNiallais – who played in the Match For Michaela in October – has also received a call-up.

Largely, the squad is made up of members of Maxi Curran’s Under 21 squad with the likes of Shaun McGarvey (Cloughaneely), Pauric Carr (Kilcar), Leon Kelly (Glenswilly) and Ciaran Cannon of Letterkenny Gaels among those looking to stake a claim for senior inclusion.

After the Fermanagh game, Donegal are home to Monaghan in Ballybofey, on Sunday week, January 13th, and they wrap up the opening series on the following Wednesday night, also at home to St. Mary’s College in Ballybofey.

Following the tremendous success of the inaugural Power NI Dr McKenna Cup Competition Tickets in 2012, Ulster GAA are once again offering supporters the chance to make huge savings in 2013. Limited edition ‘Competition Tickets’ are priced at £20/€25 and will permit you access to Round 1, Round 2 & Round 3 Games involving your team, ALL Semi Finals and the Final in the 2013 Power NI Dr McKenna Cup.