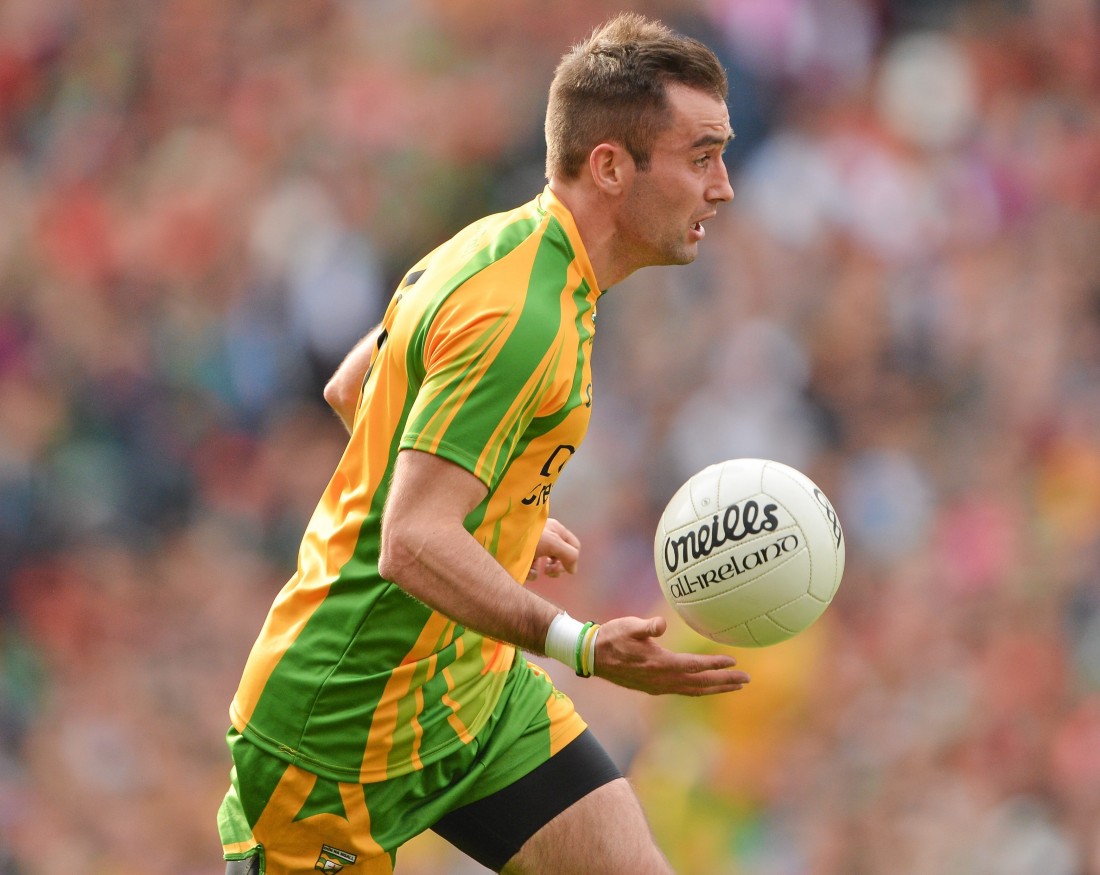 BY CHRIS MCNULTY
SIX Donegal players have been nominated for places on the Jubilee Football Team of the Ulster GAA Writers Association (UGAAWA) at their 25th anniversary banquet, which is to be staged in Bundoran on Friday night.
The UGAAWA is celebrating its 25th anniversary at this year’s bash, which is again being held at The Great Northern Hotel – and in a year when the Anglo-Celt and Sam Maguire cups belong to Tir Chonaill it’s a night that promises to have a real Donegal feel to it.
The highlight of this year’s banquet is sure to be the naming by the UGAAWA of their Jubilee football and hurling teams of the last 25 years – selections that will rage debate across the province of Ulster.
The players must have won either a monthly or annual award from the UGAAWA to be selected. Close on 150 players have won awards since the inception of the UGAAWA in 1988 and from those, 51 players have been nominated for places on the football team, including six Donegal men.
Current All-Stars Karl Lacey, the 2012 Footballer of the Year, and Michael Murphy have been short-listed, as have 1992 All-Ireland winners Martin McHugh, Anthony Molloy, Matt Gallagher and Tony Boyle.
“We hope we have picked teams that do justice to the fantastic players from the province who have entertained us and made us proud over the past 25 years,” said JP Graham, the Chairman of the UGAAWA.
“We will try to reflect all that has been good about Gaelic games in Ulster over the past 25 years at our Jubilee banquet.”
Special jubilee presentations will be made to honour the world of camogie, ladies football and handball, as well as to the UGAAWA annual award winners, which will pay tribute to the best across all codes in 2012.
A full list of the UGAAWA jubilee team nominees can be found at www.ulstergaawriters.com.