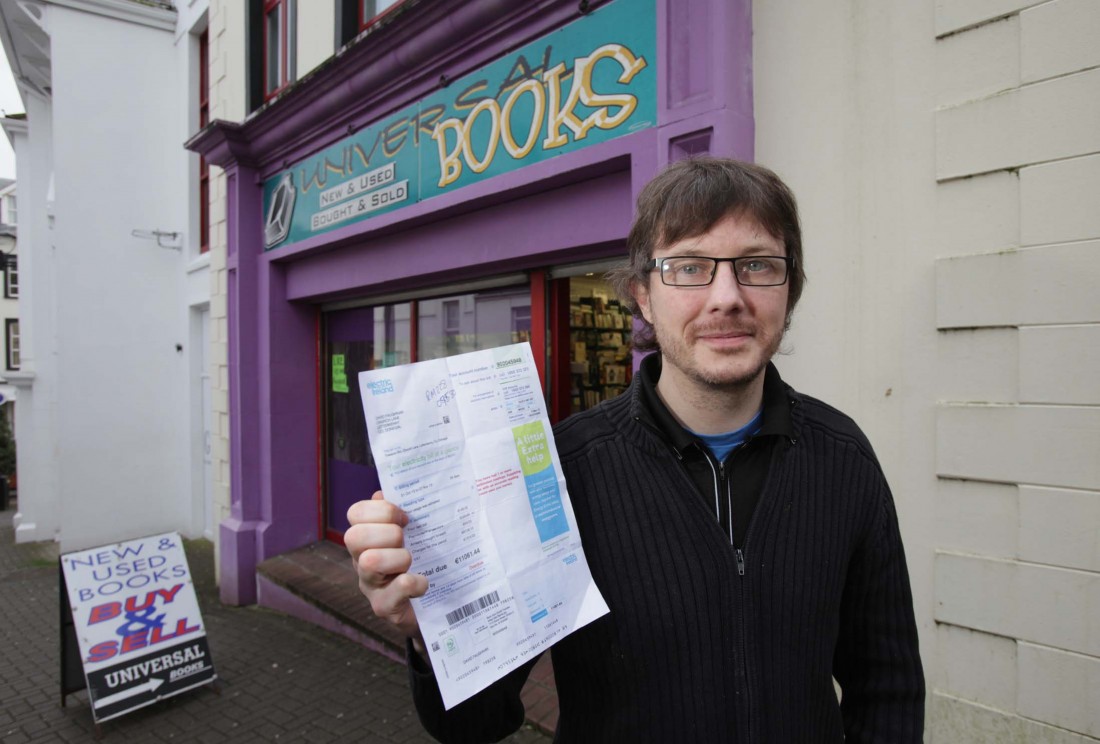 BY SEÁN P. FEENY
A LETTERKENNY businessman who received an electricity bill for over €11,000 last week is still waiting for his problem to be resolved.

David Faughnan, proprietor of Universal Books on Church Lane, said he got a huge reaction from members of the public when word got out about his large bill.

The businessman received a bill from Electric Ireland for the amount of €11,061 and immediately contacted his electricity provider.

“It’s amazing the reaction you get when you make something public like this, there are a lot of people out there who have received curious bills.

“I phoned them and said the bill was obviously wrong, but the woman on the phone didn’t seem interested. I asked them three times if they would come out and take a reading from the meter, but I was told to do it myself.

David’s story got a lot of attention this week from national media and on Tuesday he was contacted by another representative of Electric Ireland.

“Joe from Electric Ireland assured me that everything was going to be sorted this week, but I’m still waiting on them to get back to me.”

“We are laughing about it now, but had Electric Ireland taken that money out through my direct debit, my account would have been seriously messed up before Christmas, thankfully they didn’t,” said David.

Yesterday morning (Thursday) the Letterkenny businessman was still waiting for a clarification from Electric Ireland.