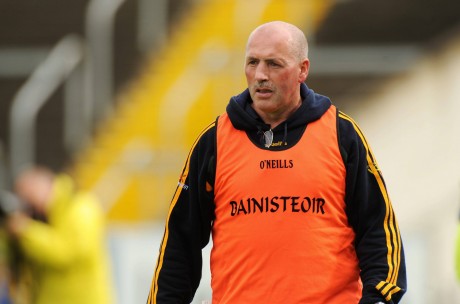 Hughie Molloy has been confirmed as the new manager of the Donegal senior ladies football team.

HUGHIE Molloy has been appointed as the new manager of the Donegal senior ladies football team.

Following the appointment, which was ratified on Monday night at a meeting of the Ladies Board in Heeney’s, Ballybofey, the Glenties man has said that he is ‘honoured’ and is looking forward to getting down to work with a group of players in which he sees huge potential.

In 2012, Donegal suffered a heavy 8-27 to 0-2 defeat to queenpins Cork in the quarter-final of the senior championship. The team has lost the likes of Yvonne McMonagle and Grainne Houston to emigration, though Molloy says he is keen to build on the county’s underage successes of late.

“Emigration is going to be there and there’s no doubt it is a problem, but there are an awful lot of good players in Donegal and the thing is it’s about building and trying to get in the right players who are available,” Molloy told the Donegal News this week following his appointment to the post vacated by Micheál Naughton.

“Confidence is a big thing in ladies football and we’d be aiming to set up a system and hope they follow it.

“The squad thinned out last year, but I do believe that there are plenty of good players here and it’s a matter of getting them to commit.

“I’m basically going to start from scratch, have a look and clubs and call a few trial matches. We have plenty of raw materials to play county football with a bit of training and development.”

Molloy has confirmed that Martin Barrett and Shauna Molloy will be a part of his backroom team, while he remains on the lookout for someone else. Daragh Gallagher, the Naomh Conaill player, is also to assist with the training.

Molloy was the team manager when the Naomh Conaill senior men’s team won its first Donegal SFC title in 2005 and he had a previous stint as senior ladies manager following the resignation of Dominic McGlinchey in 2009. Molloy closed out that campaign as manager, but did not continue in the position.

Now, though, he will have a full season at the helm, with the National League set to begin in February.

Molloy said: “We’ll look to be competitive at least.

“There is a lot of effort and a lot of work involved, but it’s a great honour to be the manager of a Donegal team and very exciting to have the pick of the county for players.

“I’m looking forward to working with them and developing them into better players.”

Molloy is wasting now time in getting down to work. Tomorrow, Saturday, at 4pm in the Game On centre in Letterkenny he will hold training for the current county players and on Sunday he hosts a trial at 11.30am in Davy Brennan Memorial Park, Glenties, for players in the west and south of Donegal. Next weekend, he plans to hold a second trial, this time for players based in the east and north of the county.