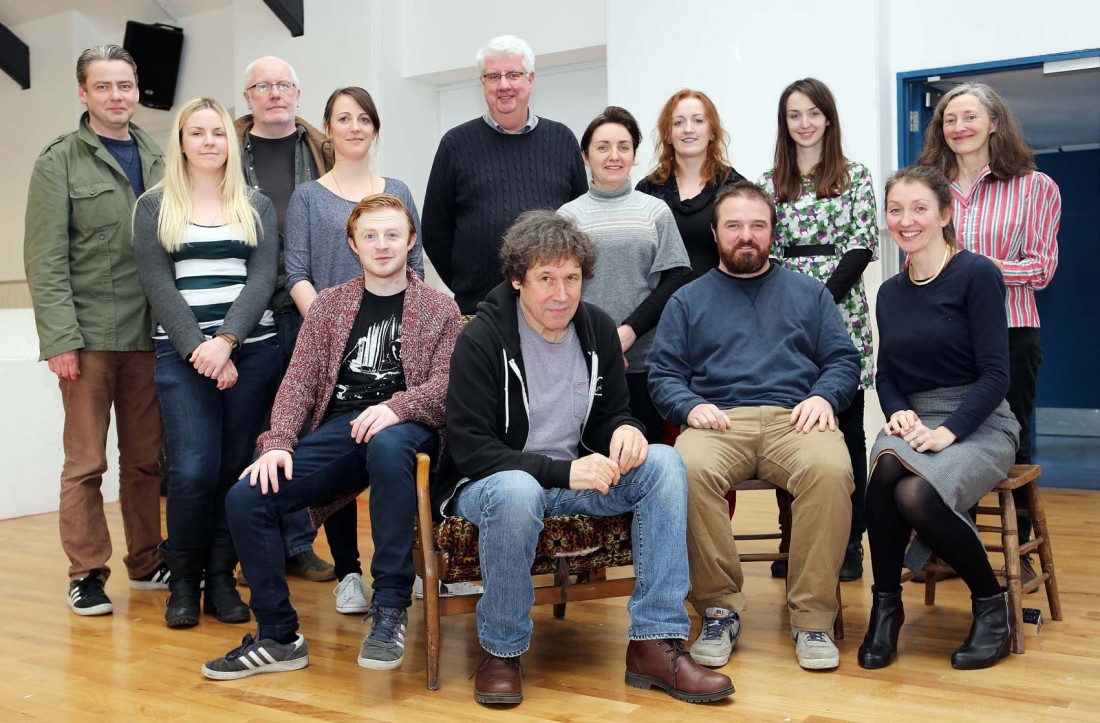 One well-known Donegal actor has been relishing his opportunity to work with the famous company on its long-awaited return to the stage with two brand new plays directed by Stephen Rea.

Charlie Bonner said when he first got into acting in his mid-teens with the Butt Drama Circle in his native Ballybofey, Field Day was the ‘holy grail’ for any young, aspiring actor.

This week his parents Rosemary and Charlie Senior will see their son fulfil that dream when he makes his debut with the company in the production of Clare Dwyer-Hogg’s play Farewell.

“Being based in Derry for the past three weeks rehearsing with Field Day has just been a dream come true and I’ve really enjoyed my time up here.

“Obviously I’ve toured with companies and come to Derry, and grew up just across the border, but I’ve never actually spent that much time here and it’s such a nice city,” said Charlie.

Field Day has partnered with the Playhouse Theatre to premiere Farewell, a new short play by the young, up-and-coming Antrim writer Clare Dwyer-Hogg.

Writing in a clear and sparse style, Dwyer-Hogg pitches her voice to a contemporary local audience while addressing universal themes-in this instance death and betrayal.

The young playwright has also been commissioned by Field Day to write a second play, which is scheduled to show in Derry in June 2013 as part of the City of Culture celebrations.

Charlie said: “It’s an hour-long play and it’s such a soft, beautifully written piece by the Antrim native, I’ve really enjoyed working on it.”

The Field Day Theatre Company’s double of Farewell and Half a Glass of Water runs at Derry’s Playhouse Theatre from today (Monday), December 3 until Saturday, December 8. Call the box office on Tel 048 71 268027.