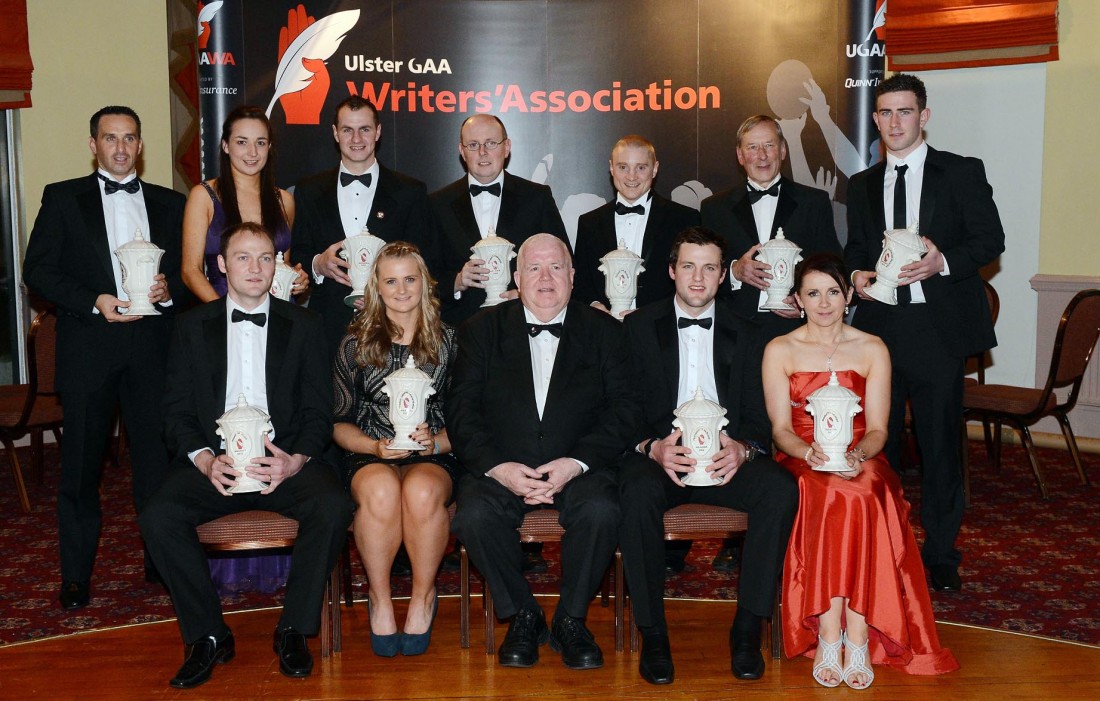 BY CHRIS MCNULTY IN BUNDORAN

There was an extra special guest on the night and Mr S Maguire made a fashionably late entrance. As standing ovation greeted Michael Murphy as he paraded in the Sam Maguire, distinguished Ulster Gaelic Games followers according the Donegal skipper with the reception of the night.

McFadden picked up the coveted Footballer of the Year award, staving off competition from team-mates Karl Lacey and Frank McGlynn who were also nominated.

McFadden was the top scorer in the 2012 Championship and the St Michael’s ace had his best year in the green and gold. 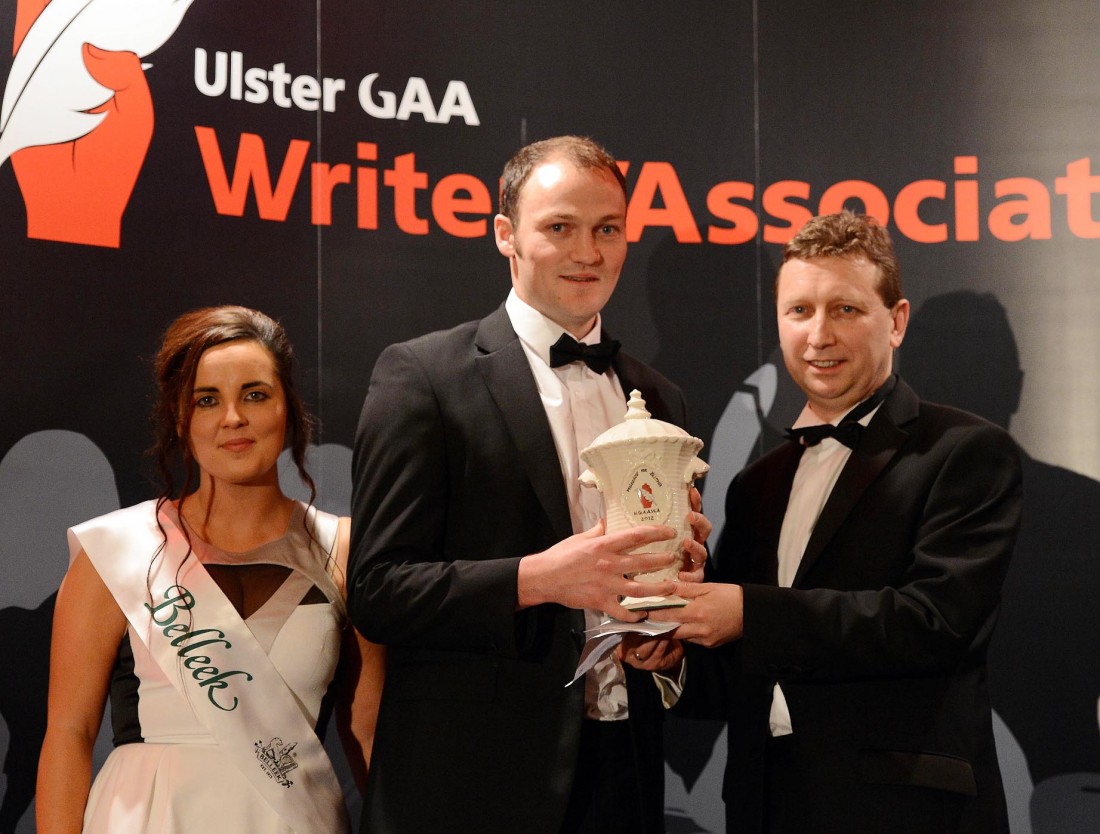 “When you look back at it, it’d be hard to say it wasn’t the best year of your life,” said McFadden.

“Every kid wants to climb the steps of the Hogan Stand to lift the Sam Maguire. We done that this year and it’ll live long in the memory.”

There was a unanimous vote among the writers for their Personality of the Year award, which was presented to the Donegal captain, Murphy.

The 23-year old Glenswilly man has been a role model in the weeks and months since he accepted Sam in Croke Park on September 23rd.

“When we started off this year there were a lot of questions asked of us, but we knuckled down and answered them as the year went on,” he said.

“Expectation grew and it all culminated in a fantastic day in September. It’s been brilliant bringing the Cup around so many places in Donegal. It’s been great to see the emotion on people’s faces.”

Now, though, the minds have already turned to 2013 – and the mouth-watering opener against Tyrone that awaits.

Murphy said: “We’re going to knuckle down and take it one game at a time during the National League and we have a massive Championship game coming up against Tyrone.

The challenge is ahead in trying to keep in going.”

Patrick McBrearty was the recipient of the Cormac McAnallen Young Achiever of the Year award and the Kilcar teenager echoed the sentiments of his captain. McBrearty said: “We’re back in reality and we’ll be back in training very shortly too.

“We’ll take every step as it comes. We have Tyrone in the first round, so that’s our main objective now. We can’t look past Tyrone at all.”

Lacey, meanwhile, was named on the UGAAWA Jubilee Team, a selection which caused widespread debate, with some surprise in Donegal that neither of Martin McHugh or Tony Boyle were named.

The UGAAWA Chairman JP Graham said it was a proud evening for the Association, but he noted that the evening was also tinged with sadness. Last month, Matt Fitzpatrick, the UGAAWA Assistant Secretary, passed away and on Saturday last the Association’s Vice Chairman, Jerry Quinn, was interred in his native Clonduff, Co Down, after his passing last week.

Meanwhile, Mickey Harte, the Tyrone manager, paid tribute to Donegal for their support in the recent Match For Michaela, which honoured the memory of his tragic daughter, Michaela McAreavey.

On Friday night, John McAreavey was awarded the Chairman’s Award by JP Graham – an award accepted on his behalf by his father-in-law, Harte, who said: “I’d like to state how important it was, the support that Donegal gave the event. What made it such a success was Donegal and their wholehearted participation in it. I’d like to thank the people of Donegal for that very much.”

Female Handball Player of the Year – A Reilly (Antrim)

Services to the GAA – B Harkin (Tyrone)