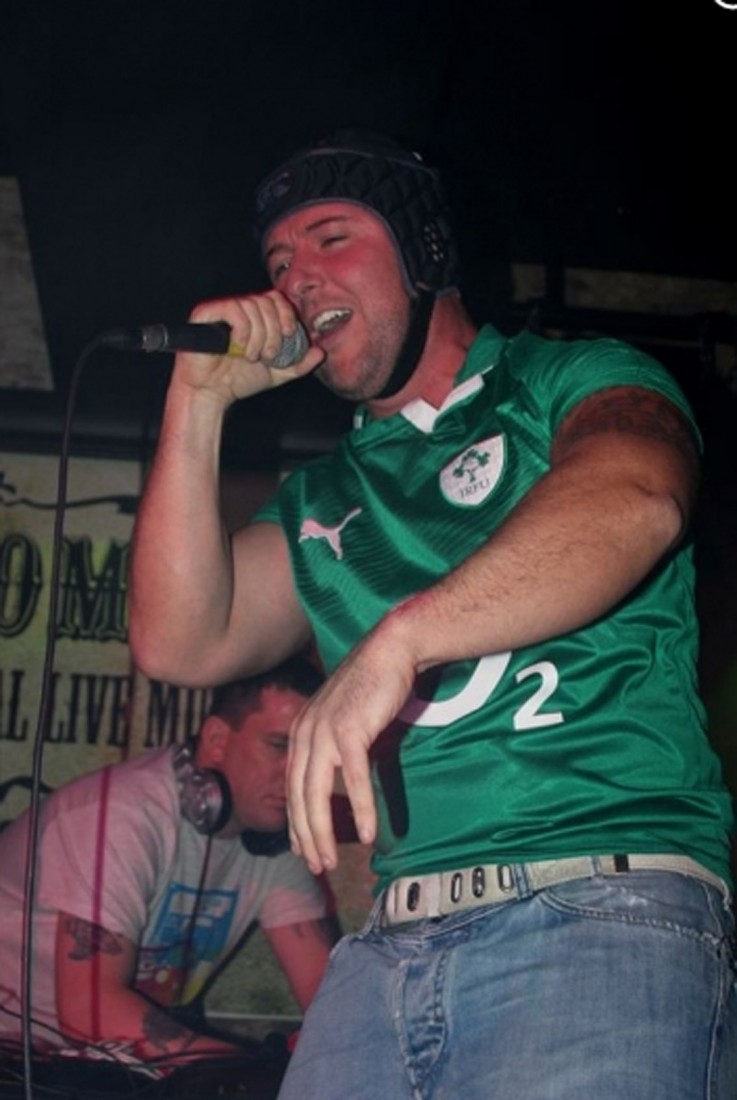 AFTER spending weeks knocking on doors around Los Angeles, a Donegal rap artist has secured himself management in his hope to take his music to the next level.

Kristian Shortt is only new to the music business, but since starting earlier this year, has literally thrown the kitchen sink at it, investing a lot of time and money into creating original material and making music videos that have notched up 20,000 hits on YouTube.

Kristian is the son of Frank Shortt who was wrong-fully convicted of allowing the sale of drugs in his nightclub back in the early 1990s and was subsequently imprisoned for three years in 1995. Frank Shortt had his name cleared and he was vindicated in 2007.

Earlier this year, Kristian published his father’s story entitled Abuse Of Power. Kristian suffered greatly from the resulting prejudice of his father’s case and miraculously survived two attempts on his lie in 2008 and again in 2010.

In 2008 he was stabbed 17 times, his throat was cut and he was left for dead. Fortunately, paramedics arrived on the scene within minutes to fight for his life.

Surgeons lost him twice on the operating table, but Kristian pulled through despite all odds ebing stacked against him. Since the second attempt on his life in 2010, Kristian has been forced to live in exile, away from his native Donegal.

Kristian has made huge attempts to change his life around since then, having also been a self-admitted drug user in the past.

He has turned his full-time attention to music and also spear-headed an anti-drugs campaign handing out leaflets in Letterkenny and Derry City warning of the dangers of drugs.

With a love for Hip Hop, Kristian, who goes by the name of Capulet, has drawn on his colourful life when writing lyrics for his songs which he recently took to Los Angeles with him.

Kristian said: “I walked around many record labels and entertainment management companies, many of which I couldn’t even get through the door or give my material to unsolicited.

“I spent days on the telephone ringing hundreds of labels and managers. One guy at Interscope Records said to me ‘Kristian 10,000 people a day come into Los Angeles from around the world doing what you are doing, you will have a difficult time getting a manager or a record deal in the short time you have here’.”

But Kristian persisted with calls and visits and subsequently got a call from a manager based in North Hollywood whom he had met a few days earlier.

Kristian said: “He said he was blown away by my press kit and would like to meet me. Well the skies opened up and the sun shown into my life right then and there. I met the guy in North Hollywood and immediately we hit it off and knew that we would work together.”

Kristian said his manager was very interested in the background story her had to tell and thought his music was ‘overwhelmingly original’.

He said his manager has helped break artists as big as Dr Dre and ACDC, but he has been advised by his friends and family not to disclose the name of his new management just yet.

“As I have many people back home who would simply bask in my failure, I have been advised at this point not to give the name of my management as I don’t entrust this information in the hands of my enemies, I hope you understand.

“All information will be provided in due time when, through my new management, I can secure a record deal, until then my silence is imperitive. Already through my management in LA my music has been directed to an influential music producer closer to home in London who is already in contact for a possible meeting.”

Now that Kristian has had a taste of the Tinseltown lifestyle, he is keen on getting more opportunities of travelling to the entertainment capital of the world. “It’s one hell of a spot, amazing, a far cry from Irish life I tell ya,” he said.