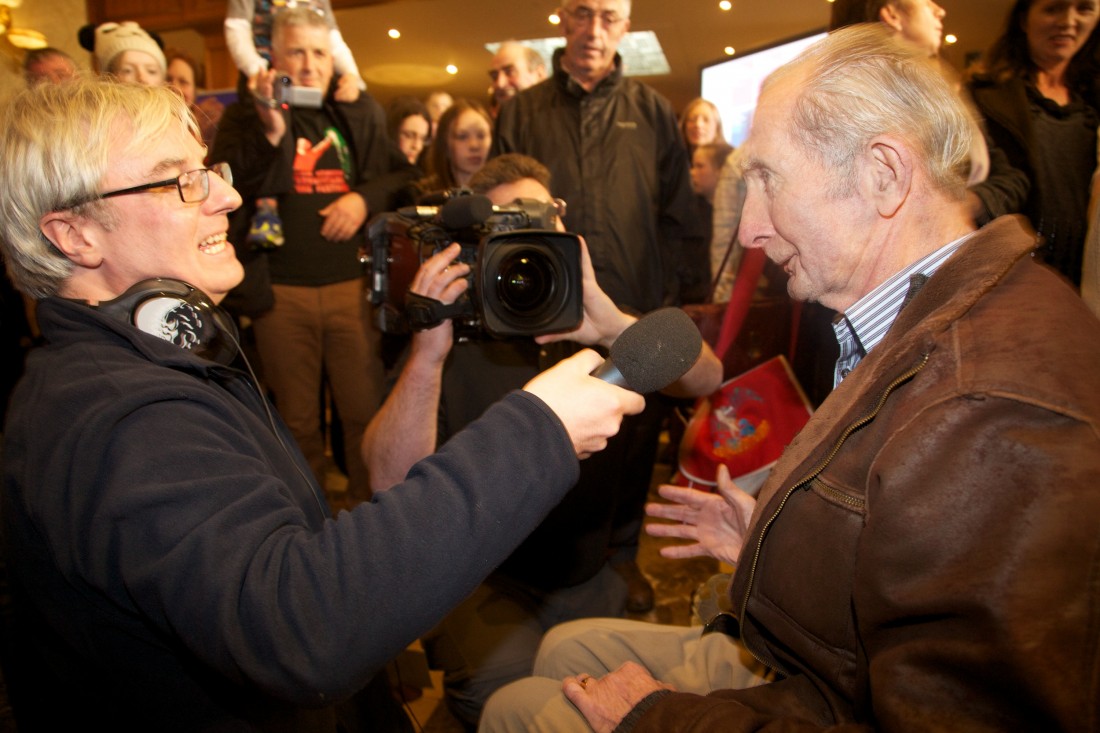 THIS Christmas and New Year, RTÉ Raidió na Gaeltachta will have a great selection of programmes for its Donegal listeners.

On Christmas morning at 10 am Fr Brian Ó Fearraigh will bring us the atmospheric Réalta Órga Ríogacha programme, featuring reflections on Christmas, as well as hymns and music. Following this, Christmas day mass will be broadcast live from Teach Pobail Mhuire, Na Doirí Beaga at 11 am.

Áine Ní Churráin will have two documentaries in the Christmas schedule. On 28 December at 11am the programme Leitir Ceanainn will look at the history and development of Letterkenny.

Then, on Tuesday, 1 January 11am we will hear an interview with Monsignor Raymond Murray, long standing human rights campaigner and former prison chaplain.

For a bit of light relief, tune to Faoisidin on 26 Dec at 11 am to hear some well-known Donegal personalities confess all to Michelle Nic Grianna, including Pat the Cope Ó Gallchóir, Nan Cullen, Daniel O’Donnell and Áine Ní Bhreisleáin.

Raidió na Gaeltachta couldn’t let the festive season pass without a few mentions of Sam Maguire, and so on 26 Dec at 9.30 pm listeners can tune in to hear the concert recorded live in Ionad Cois Locha before the big match, featuring Pat Gallagher, Na Haroos and Rory Gallagher, amongst others.

Then on 27 December at 11am Séamus Mac Géidigh and a panel of football analysts, will discuss the year that was, and Donegal’s historic win on 23 September.

An Crann Óg have made an impression wherever they go, and on Christmas day at 3pm we will hear a concert recorded live with them in Ionad Cois Locha.

The Oireachtas in Letterkenny in November was a big event for Donegal this year, and listeners can hear highlights from the festival on Saturday, 29 December at 10am, and again on Monday, 31 December at 2pm for the best of the Lúibíní competition, won this year by Gaoth Dobhair women Suzanne Ní Ghallchóir and Áine Ní Bhreisleáin.

Báidín Fheidhlimidh, the new book and CD of traditional children’s songs and poems featuring kids from the Donegal Gaeltacht, was launched recently.

Tune in to hear some of those children on Báidín Fheidhlimidh on Sunday, 30 December and Sunday, 6 January at 10.30 am.
On the last day of 2012 Aodh Máirtín Ó Fearraigh and Frances Nic Géadaigh will look back at the stories that made the headlines in Donegal this year at 11 am.

Other programmes that may be of interest include Siúlach Scéalach na Nollag on Sunday, 23 December 1.15pm, featuring material from the RTÉ Sound Archives about Christmas on the Gaeltacht islands in times past, including Arranmore and Tory.

Santa’s visit to RnaG HQ in Casla, which will be broadcast on Monday, 24 December 1.30 pm. A project to translate Leonard Cohen’s songs to Irish was part of the IMRAM literary festival this year. Tune in to hear those songs performed by Liam Ó Maonlaí, The Brad Pitt Light Orchestra and Hillary Bow on Wednesday 26 and Thursday 27 at 2pm on Túr na nAmhrán.

A special Christmas series called Ceiliúradh Ceilteach – Idir Dhá Nollaig will be broadcast every day from 26 December – 6 January. The series celebrates Christmas music and traditions from the Celtic countries, and was recorded with a live audience in Dublin.

A six programmed series of the proceedings of a seminar held earlier this year to mark RnaG’s 40 years, Raidió na Gaeltachta – 40 Bliain faoi bhláth– will be broadcast from 27 Dec – 3 Jan.

That’s just some of what listeners can look forward to in the Christmas schedule on RTÉ Raidió na Gaeltachta. Full listings and further details are available from www.rte.ie/rnag