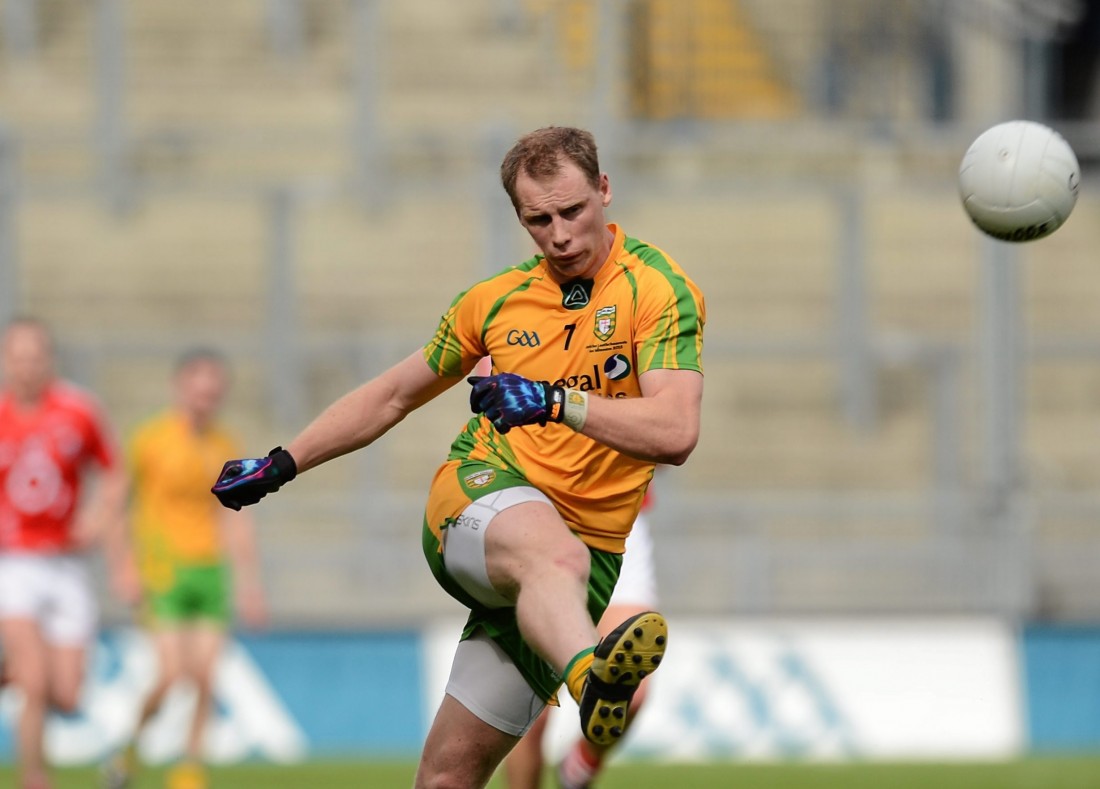 Anthony Thompson, the Donegal wing-back, has been selected as a replacement All-Star for the 2012 All-Stars tour to America.

DONEGAL wing-back Anthony Thompson has been named as a replacement All-Star with the 2012 GAA/GPA All-Stars Football Tour which departs for New York on Wednesday.

The touring party consists of players from the 2011 and 2012 All-Star teams who will play in the tour’s exhibition game under the guidance of team managers Pat Gilroy (2011) and Jim McGuinness (2012).

Some of the All-Stars, including Frank McGlynn and Colm McFadden, are unable to make the trip Stateside, while the inclusions of Neil McGee, Karl Lacey and Paul Flynn on both the 2011 and 2012 All-Star lists mean that the door has been opened for the likes of Thompson.

The Naomh Conaill man was nominated for an All-Star award, but missed out on selection.

Murphy and McHugh left this morning, alongside Jim McGuinness and the Donegal Treasurer Grace Boyle as they embark on a fund-raising mission that coincides with the All-Stars trip.

Included on the traveling party is double All-Star and former Donegal player Kevin Cassidy, who was controversially axed from the Donegal squad last year.

The All-Star game takes place at Gaelic Park, The Bronx, New York on Saturday next, November 17th at 6pm local time.  Maurice Deegan (Laois) will officiate as referee for this game and it will be preceded by a game between the FDNY versus the NYPD at 4pm.

The touring party is as follows:

The touring party arrives back in Ireland Tuesday, November 20th.