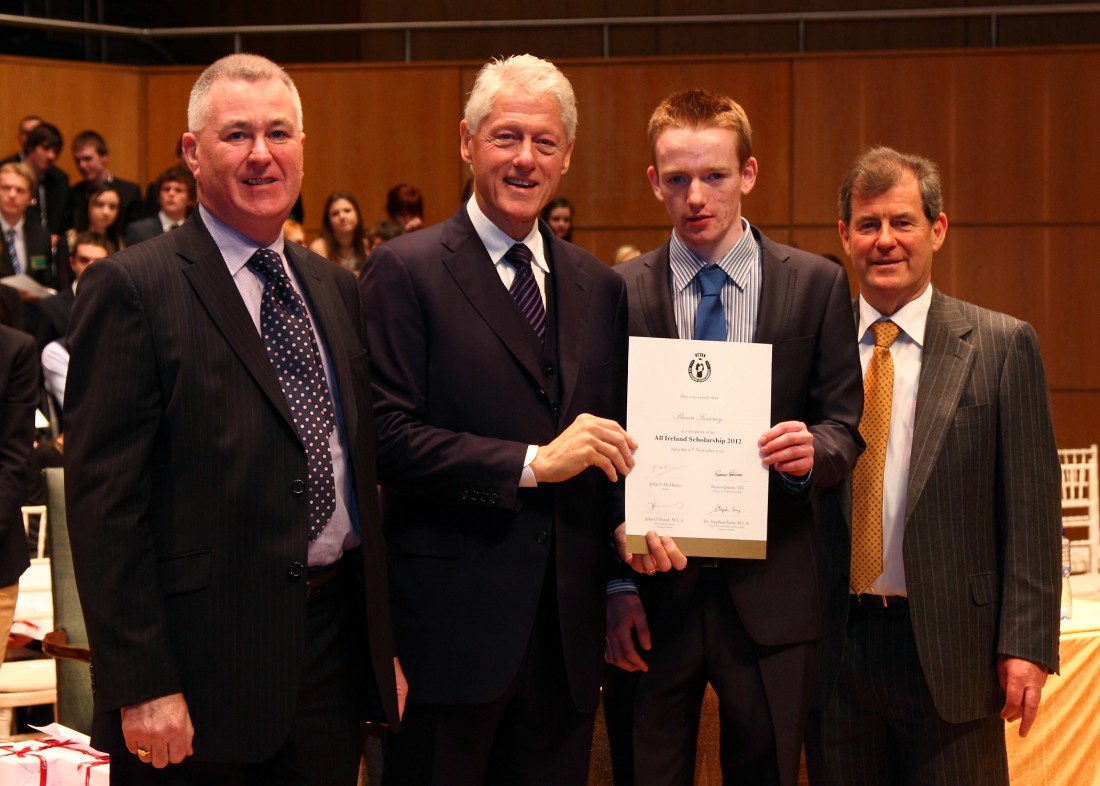 FOUR Donegal students were presented with an All Ireland Scholarship toward their third level education by former US President, Mr Bill Clinton last Saturday, November 17.

This is the fifth year for the Scholarships. A total of 125 students from both North and South of Ireland were presented with a third level scholarship certificate.

Sponsored by Mr McManus, the scheme is set to provide financial assistance to many high achieving students who completed their Leaving Certificate or A Levels in 2012.

Speaking at the event, President Clinton said: “I would like to say to the students, today’s current economic crisis will pass and your education will endure, and it is very important that just as in making of peace, the Irish threw off the heavy hand of history to grasp for a brighter future, we throw off the burden of the current economic crisis to imagine a different future.

“What an education is, is a range of possibilities. It is a gift of personal freedom. It is a chance to make the most of, in spite of all the troubles at the moment.”

JP McManus has contributed €32 million to fund the provision of these scholarships each year and it is estimated that over 1,300 students from the 32 counties will benefit from the scheme over its duration.