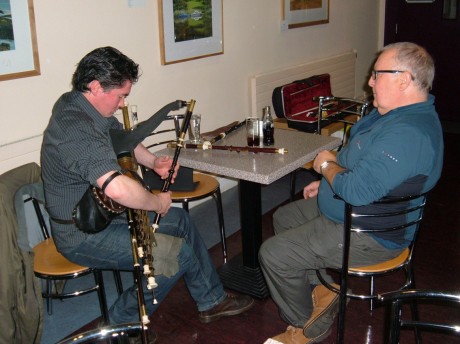 THEATRE goers at An Grianán Theatre, Letterkenny were provided with an extra artistic treat on Saturday when they attended the production of the comedy “The Real McCoy”.

The day coincided with International Uilleann Piping Day with worldwide public performances on the most unique of Irish instruments.

The global event is co-ordinated by Na Piobairi Uilleann, the Dublin-based body which promotes the playing, making and development of uilleann pipes around the world.

Donegal has very old associations with uilleann piping in that the remains of the oldest known uilleann piper would appear to be that of Patrick Haly, Town Burgess of Ballyshannon who is buried in St. Anne’s cemetery.

Also the famous Tarlach Mac Suibhne, An Piobare Mor, of Gaoth Dobhair, set Chicago a buzz with his performances at the Columbian World’s Exhibition in Chicago throughout the summer of 1893.

Donegal uilleann pipers from Cumann Píobaireachta Tharlach Mhic Suibhne, in conjunction with the management of An Grianán Theatre celebrated the day with a one hour informal recital of uilleann piping prior to the theatre’s production.

Pipers Paul Harrigan, Martin McIntyre and Caoimhin Mac Aoidh played a variety of tunes. The evening was somewhat unusual in piping terms in that uilleann pipers tend to play in a solo capacity.

For many of the tunes all three pipers played in unison and what is even more uncommon all three played on flat pipes pitched in B flat each made by the gifted pipe maker, Martin McIntyre.

Of great interest on the evening was the first public performance on a recently made chanter by Martin McIntyre in cocobolo wood. Paul Harrigan’s masterful playing on the chanter showed it to have a brilliant and true tone with tremendous response.

The warmth of its timbre in the lower pitch added to the sense of an old piping sound.

Cumann Píobaireachta Tharlach Mhic Suibhne has extended thanks to Patricia McBride as well as the staff and patrons of An Grianan Theatre for their kindness and appreciation in celebrating International Uilleann Piping Day.

Further information can be obtained by contacting the association via email at donegalpipers@gmail.com 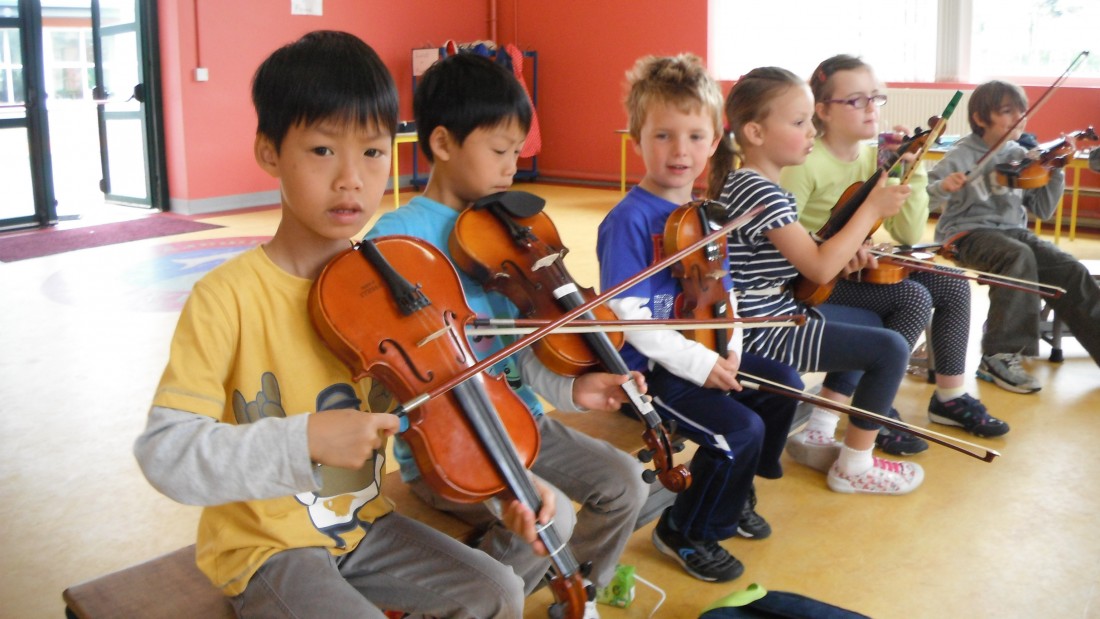 AN exciting week of music planned for this year’s Summer School of Irish Traditional Music. Ceol na Coille will...

Ceol na Coille attracts trad enthusiasts from all over world

THE annual Ceol na Coille Summer School of Irish Traditional Music is shaping up to be another very exciting...